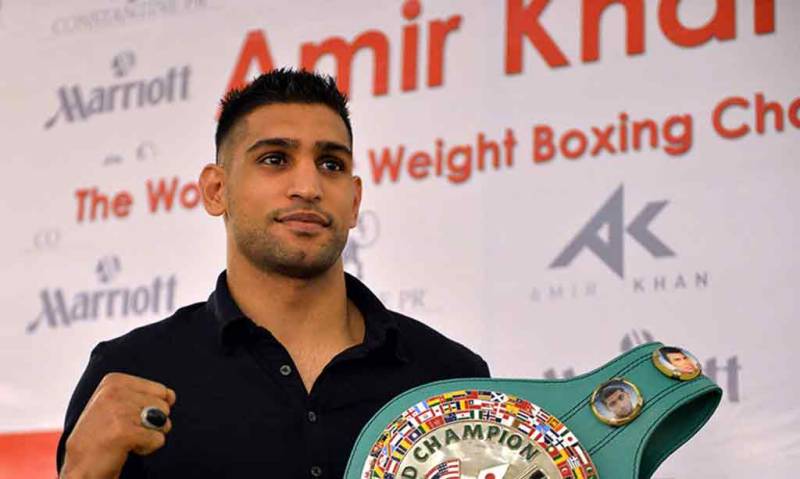 According to details, in a press conference Phil Lo Greco had called out Khan’s family and now Khan, 31 is looking forward to taking on him in the ring.

Talking about his trainer,  the boxer said that he has a "strong bond" with Joe Goossen ahead of his welterweight fight with Phil Lo Greco.

Talking about his trainer, Khan said that his new trainer is already making an impact and he feels ready to take on Greco.

Khan had to part ways with Virgil Hunter last month after the trainer experienced health problems.