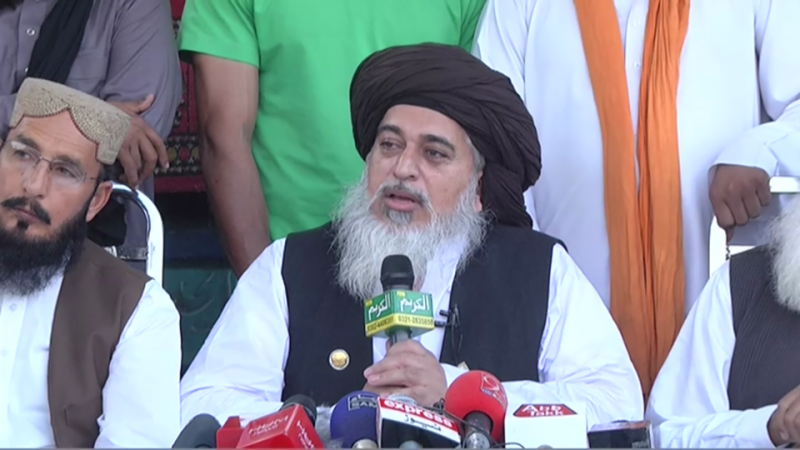 Lahore (Staff Report): A large number of the members of Tehreek-i-Labbaik Pakistan (TLP) blocked leading arteries of Punjab capital on Thursday in order to press for the implementation of the Faizabad agreement.

TLP, a religio-political party which gained prominence from with violent Faizabad sit-in last year, chief Khadim Hussain Rizvi has been leading a sit-in at Lahore’s Data Darbar since April 2 to press for the implementation of the controversial Faizabad agreement, which was brokered by the army, between the government and leaders of Tehreek-i-Labaik Ya Rasool Allah (TLYRA), of which TLP is an offshoot.

Last Friday, the party had announced that it would spread the scope of its protest to other cities if the government did not meet its demands by Thursday (today).

TLP chairperson Pir Afzal Qadri told party workers after the 4pm deadline lapsed on Thursday to “come out on the streets and not go back until Rizvi announces to end the protest”. 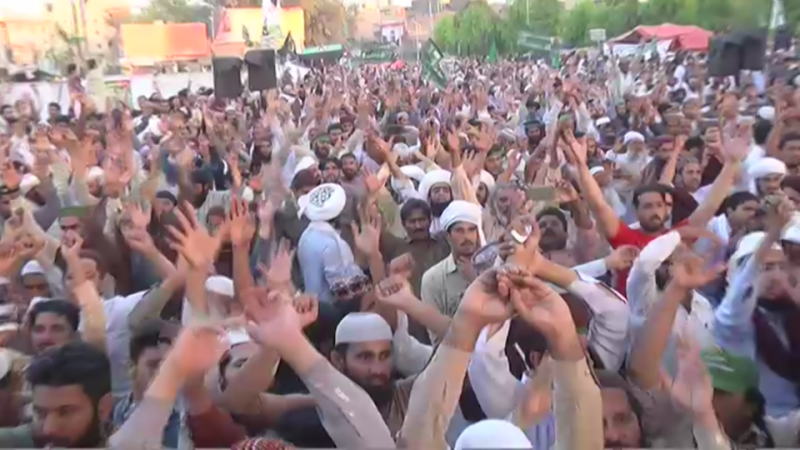 “If the 11-point Faizabad agreement, which includes provisions like the release of arrested workers and withdrawal of cases against them, is not implemented, the entire country will be on the roads next Friday,” Qadri had told journalists last week.

As the deadline came to an end on Thursday, scores of protesters blocked the roads at Chungi Amar Sidhu, Shahdara Chowk, Azadi Chowk, Shanghai Chowk, Faizpur Interchange, which led to massive traffic jams in the city.

Meanwhile, security has been beefed up in the capital and adjoining areas after the latest deadline given by TLP to the government for the implementation of its demands lapsed on Thursday.

A heavy contingent of law enforcement agencies has been deployed at the entry and exit points of Islamabad and Rawalpindi. A joint flag-march of the army and LEAs was also held in the capital, according to a security official.