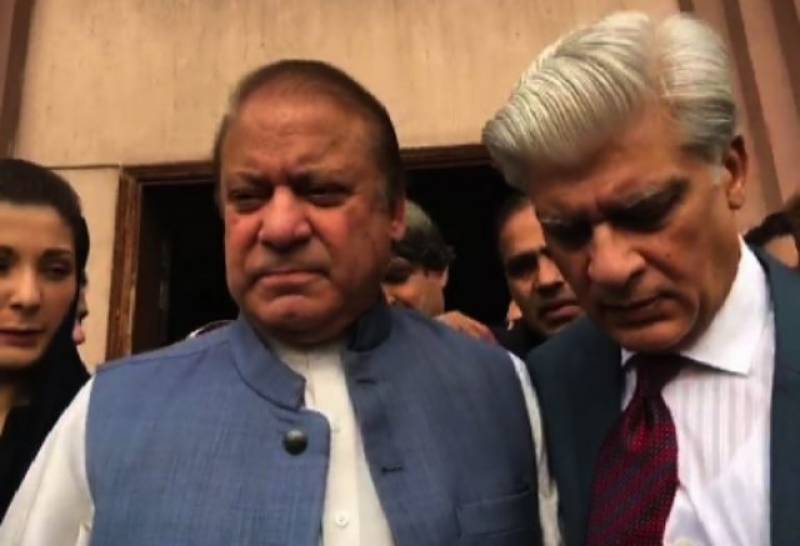 Islamabad (Staff Report): Former prime minister Nawaz Sharif on Thursday once again expressed his reservations over Panama joint investigation team, questioning that Wajiz Zia, the head of JIT will have to reveal identities of the staff associated with him.

While talking to the media outside the accountability court after attending corruption cases hearing against him, the PML-N’s ‘Quaid for Life’ said Supreme Court’s decision was based on the Iqama [foreign work permit] which has been proved a lie.

“It has been revealed now that 40 people were involved in drafting the JIT report,” asserted Nawaz and asking further who the 30 investigators and 10 staffers were.

The three-time prime minister also questioned who approved the recruitment of the JIT support staff, asserting that, "facts are pouring out of the false case after the false decision".

three corruption references had been filed against the Sharif family, on the directives of the top court which pertain to the Al-Azizia Steel Mills and Hill Metal Establishment, offshore companies including Flagship Investment Ltd, and Avenfield properties of London.

Nawaz Sharif and his sons Hussain and Hasan are accused in all three references whereas his daughter Maryam and son-in-law MNA Capt (retd) Safdar are named in the Avenfield reference only.

Hussian and Hassan Nawaz are UK-based and have been absconding since the proceedings began last year.