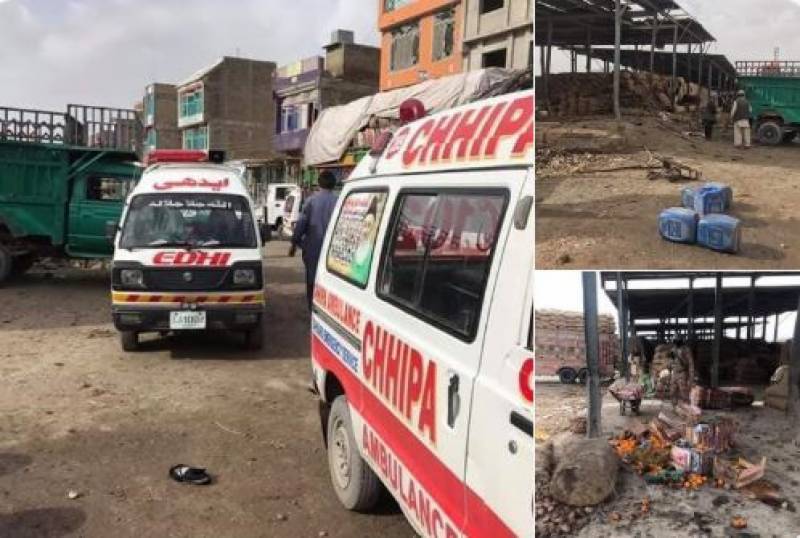 Quetta (Staff Report/Agencies): At least twenty people were killed and more than 40 were injured in a blast at Quetta's Hazarganji sabzi mandi on Friday morning.

The blast, which ripped through the Hazarganji sabzi mandi at around 7:35am, was caused by an improvised explosive device (IED) that had been hidden among the vegetables in the market, said Quetta DIG Quetta Abdul Razaq Cheema.

DIG Cheema confirmed to the media that 20 people lost their lives in the blast which was targetted at the Hazara community.

Eight of the dead belonged to the Hazara community, he said and added than thirty others including four FC troops were injured.

The injured have been shifted to Bolan Medical Complex for medical treatment.

Security forces cordoned off the site of the blast and launched search operation.