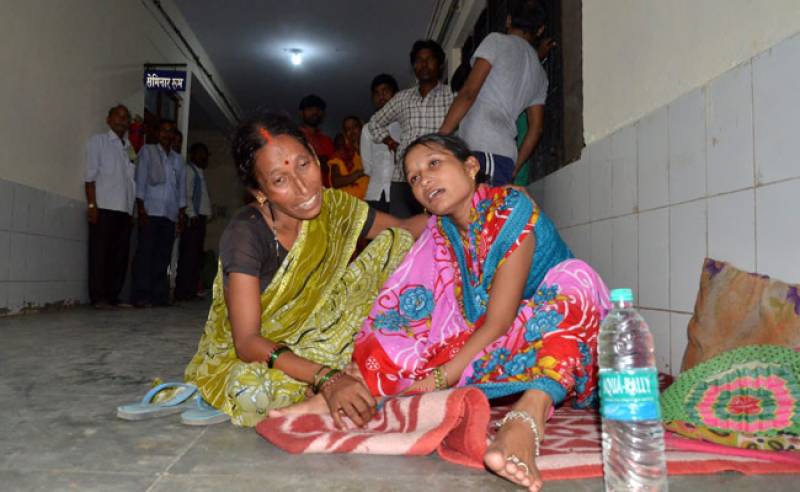 Lucknow (Web Desk): Thirty children, many of them newborns, have died in the last 48 hours at a hospital in Uttar Pradesh's Gorakhpur district, 60 in the last five days, with government critics blaming a shortage of oxygen after a supplier of liquid oxygen cut off deliveries because of unpaid bills.

Government officials were scurrying to explain what had happened, admitting that the state-run hospital owed more than $50,000 to a supplier of liquid oxygen and that oxygen supplies had been “disrupted”, Indian media reported.

“There was some payment issue to the oxygen supplier, and there was a shortage of liquid oxygen,” said Anil Kumar, the commissioner of the city of Gorakhpur. But, he added, “those deaths were not due to lack of oxygen.”

Other officials said the hospital had a backup oxygen supply, though they did not explain why so many children had died in such a short time. Since Monday, a total of 60 children have died at the hospital, many from acute encephalitis and others in the neonatal unit.

The hospital, Baba Raghav Das Medical College, is in Gorakhpur, several hundred miles east of New Delhi, India’s capital. It is the rainy season in India, when officials say it is not unusual for as many as 10 children to die there every day from Japanese encephalitis, a mosquito-borne disease.

While the cause of the deaths remained unexplained — by officials, at least — India’s health care system is often unsparing when it comes to payments. This week, Indian newspapers carried an account of a man who suffered a severe head injury in a motorcycle accident and was turned away from half a dozen hospitals, apparently after they determined he would not be able to pay his bills.