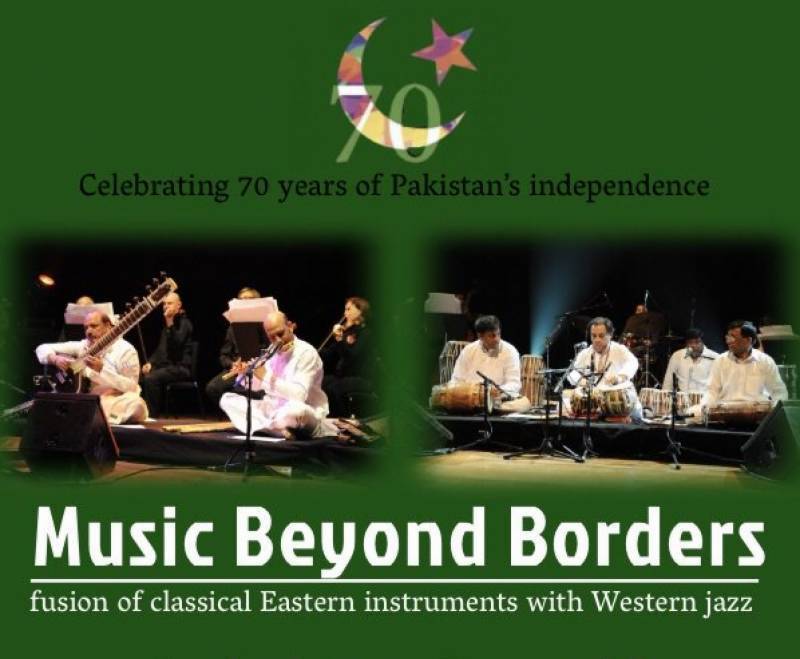 New York, USA (APP): Pakistan will mark its Independence Day at the United Nations, with a concert in the prestigious General Assembly hall on 14 August.

The concert will be organized by the Pakistan Mission to the UN and it will feature the acclaimed Sachal Jazz Ensemble, whose music defines contemporary Pakistan — a blend of the traditional and the modern.

The hour and a half long concert, titled, ‘Music Beyond Borders’, is aimed at spreading the message of international peace and harmony at the world stage.

During an hour and a half long performance, Sachel, a brainchild of Izzat Majeed, will play their popular music which already have international familiarity. The concert is expected to be attended by diplomats, UN officials, and representatives of civil society, media and members of the Pakistani diaspora. The event has already generated much interest and enthusiasm.

Pakistan’s Ambassador to the UN, Dr Maleeha Lodhi, said the concert is an effort to project Pakistan’s soft image and present the country’s rich culture. “Public diplomacy is the most effective way to win hearts and minds” and this aims to do just that.

This event is the latest in the series of cultural projects undertaken by Pakistan Mission in the last one year since Dr. Lohdi assumed charge as ambassador to UN.