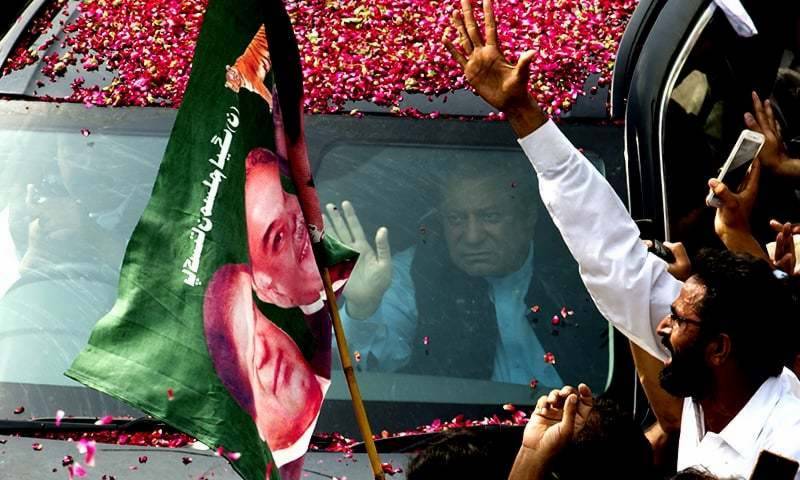 Earlier, the rally received tumultuous response on its arrival at Gujranwala.

In Gujranwala Nawaz Sharif addressed a big public gathering and said, it is an irony that no elected Prime Minister was allowed to complete his constitutional term.

“Not a shred of corruption has been proved against him, no one can oust him from people's hearts and my love for the people of Pakistan is unprecedented,” former Prime Minister said during his speech.