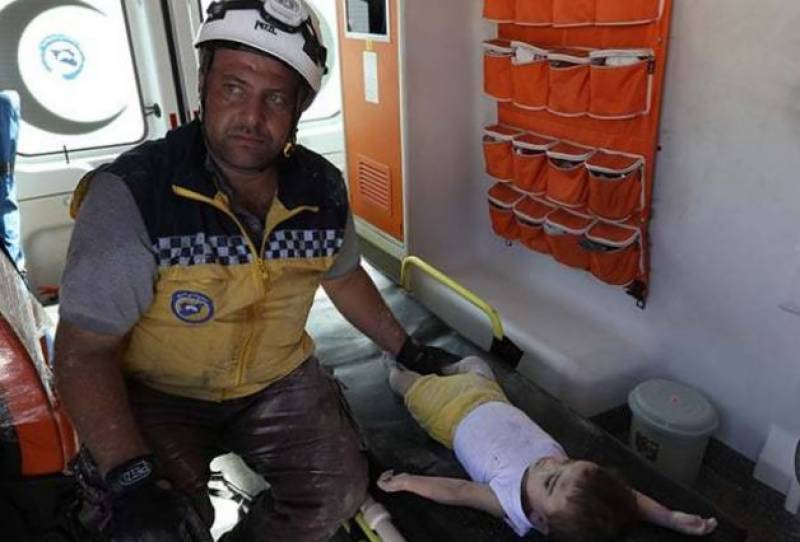 Damascus (Agencies): At least 39 civilians including a dozen children were killed in an explosion at a weapons depot in a rebel-held town in northwest Syria on Sunday, a monitor said.

Rami Abdel Rahman, head of the Syrian Observatory for Human Rights monitor, said a previous toll of 12 civilians killed increased after more bodies were retrieved from the rubble.

“The explosion occurred in a weapons depot in a residential building in Sarmada,” said the head of the Britain-based monitor, which relies on a network of sources inside Syria.

But the cause of the blast was “not yet clear”, Abdel Rahman added.

He said most of those killed were family members of fighters from Hayat Tahrir al-Sham, an alliance led by militants from Syria's former Al-Qaeda affiliate, who had been displaced to the area from the central province of Homs.

In recent days, regime forces have ramped up their deadly bombardment of southern Idlib and sent reinforcements to nearby areas they control.

Around 2.5 million people live in the province, half of them displaced by fighting in other parts of the country.

More than 350,000 people have been killed and millions displaced since Syria's civil war started in 2011 with the brutal repression of anti-government protests.