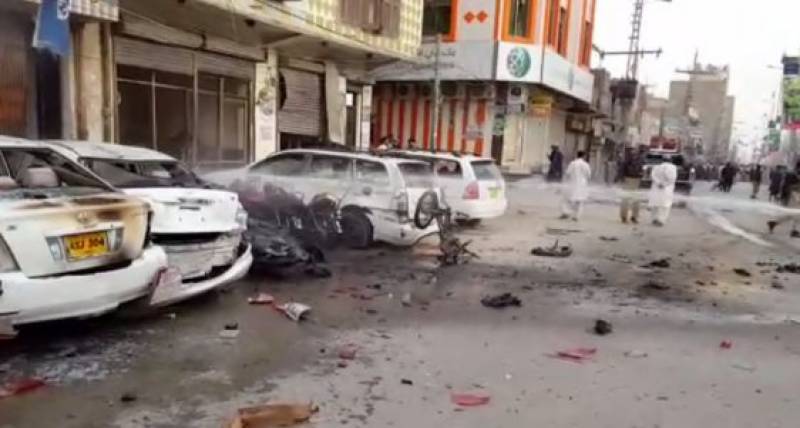 Chaman (Staff Report): A man was killed and 9 others were wounded in a blast in Chaman on Sunday.

In the blast, at least 9 persons, including a child, were wounded.

The injured were rushed to Civil Hospital Chaman for medical treatment where a state of emergency was imposed to treat the injured.

The impact of the blast broke the windows of nearby shops and vehicles.

Law enforcement agencies have cordoned off the site of the blast.