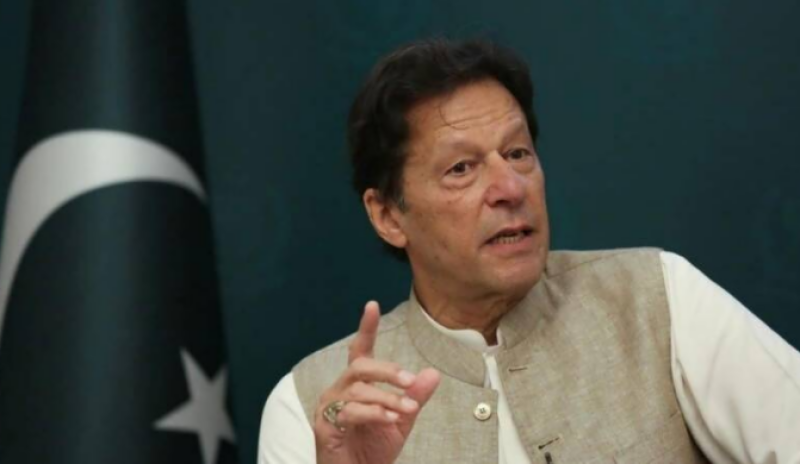 Addressing the ground breaking ceremony of Tarbela Dam's fifth extension hydropower, the premier said Project will add to the life of dam “because sediment is a few miles away from the dam and the tunnel will help flush it.”

He said that the government has been making efforts to significantly enhance the share of clean energy by 2030.

"Jacobabad has been noted to be world's warmest city and has the highest temperature," he said.

Citing Jacobabad's example, the prime minister stated that this was the reason why there was a need for creating power that does not escalate the current level of global warming.

“If we preserve the water of glaciers, we can provide water to our farmers throughout the year,” PM Imran said.

“Mohmand and Bhasha dams will be completed in 2025 and 2028 respectively that will help protect the future generations,” the premier said, adding that these dams will also contribute to long life of Tarbela Dam.

The prime minister said a decision to construct Bhasha Dam was made in 1984, but it could not be materialized, and the country had to suffer.

He said the previous governments signed contracts for costly power production, which added burden to people.

The prime minister said the previous governments had signed the exorbitant contracts making the country pay whether the electricity was consumed or not.

This way, the consumers including the industry had to bear the cost. Owing to the costly electricity, the industry could not compete with the world market until the government paid subsidy.

With the financial assistance of World Bank and Asian Infrastructure Investment Bank, the project would be completed costing $807 million within three years period.

The project is aimed at protecting the Tarbela Dam against silting besides helping generate 1530 MW electricity and provide 1.34 billion units of power to the national grid.

The construction of Tarbela-5 expansion project would also beget 3,000 jobs and would enhance power production capacity of Tarbela Hydropower Project from 4,888 MW to 6,418 MW.

It would also play an important role to cope with the country’s needs of water, food and energy. Under the project, the water supply for irrigation purpose would also continue.