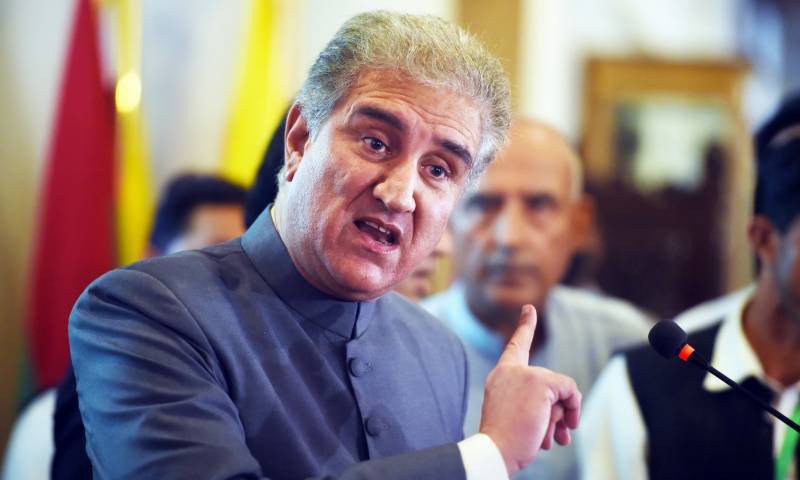 Addressing a news conference in Islamabad, he said it has been revealed, after thorough investigations, that Afghanistan's NDS and Indian RAW were involved in this incident as they were not digesting Chinese investments in Pakistan and growing economic cooperation between Pakistan and China.

The foreign minister said the Government of Pakistan kept the Chinese side into loop at every phase of the investigation and China is fully satisfied with the investigations conducted by Pakistani agencies.

“We facilitated the Chinese team to visit and examine the incident site and shared with them all information we had,” FM Qureshi said.

He said enemies will not succeed in their nefarious designs in harming the all-weather friendship between Pakistan and China.

“Both countries are unanimous to further strengthen their bilateral cooperation, after this incident,” FM Qureshi said.

He said we have decided that all China-Pakistan Economic Corridor (CPEC) projects will continue and be completed within the stipulated time.

It is worth mentioning here that at least 13 people including nine Chinese nationals and four Pakistanis were killed and more than two dozen others wounded on July 14 when a shuttle bus they were travelling in plunged into a deep ravine after an explosion on board.

The bus was carrying the Chinese and Pakistani workers to an under-construction tunnel site of the Dasu Hydropower Project in the remote Kohistan district of Khyber-Pakhtunkhwa (KP) province.