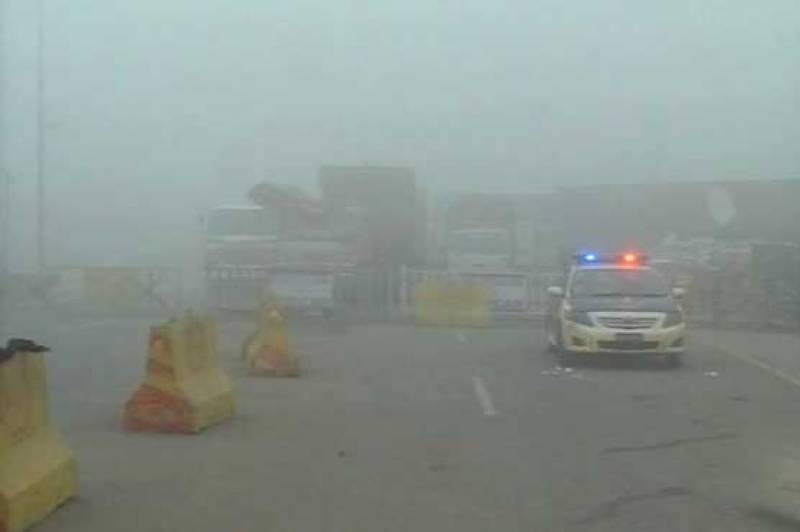 Motorway has been closed for all kinds of traffic while flight schedule at Lahore’s Allama Iqbal Airport also affected as visibility was down to zero due to dense fog. Several of the flights had to be redirected to other locations.

The Motorway police have appealed the drivers to use GT Road. Drivers have also urged to drive slowly and switch on fog lights.