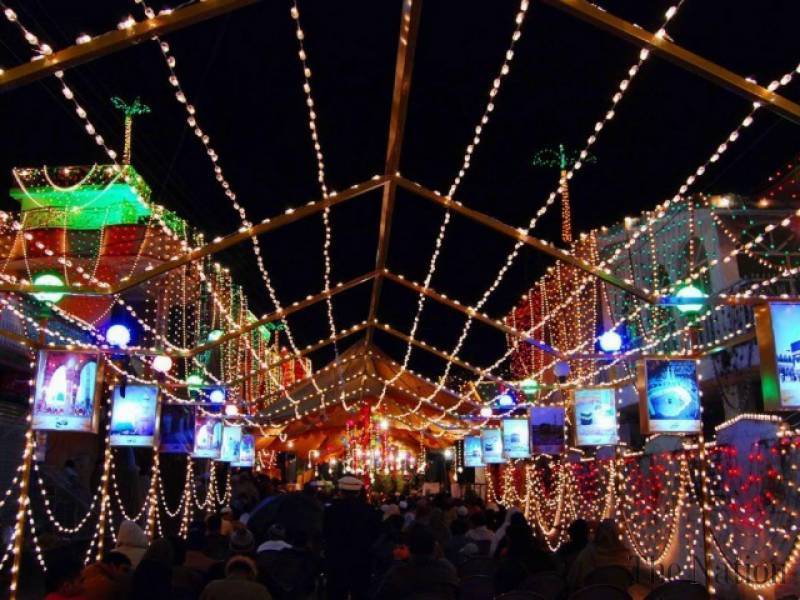 Lahore (Staff Report): Eid Milad-un-Nabi (SAW) being celebrated across the world with religious zeal and fervor on 12th of Rabee'ul-Awwal.

In Pakistan, the celebrations began early in the day with thirty-one gun salute in the federal capital and a 21-cannon salute in Lahore, Peshawar and Islamabad in respect of the birthday of Prophet Hazrat Muhammad (PBUH).

Special Conferences, events and Mahafil-e-Naat have been arranged to pay respect to the last messenger whose whole life and teachings are beacon of light for humanity.

Ulema will highlight various aspects of Seerat-un Nabi (SAW) calling upon people to follow the teachings of Prophet Muhammad (PBUH) for their salvation.