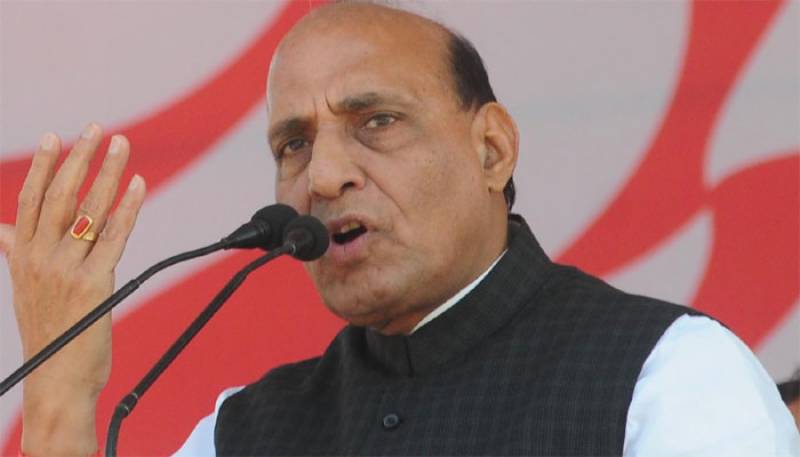 “A neighbouring country of ours again and again encourages terrorism and terrorist activities to harm India,” The Times of India quoted Rajnath Singh as telling the gathering in Indian Occupied Kashmir’s Kathua district. “Pakistan has been divided into two countries. If it does not stop cross-border terrorism, it will soon be in 10 pieces,” he said.

“Our government will never let the nation to bow down its head before anyone. We cannot change our neighbours.”

Tensions between Islamabad and Delhi have been at an all-time high ever since Indian security forces killed popular Kashmir separatist leader Burhan Wani in July this year. Since then, the two nuclear-armed neighbours have been locked in a standoff along the Line of Control and the Working Boundary due to regular ceasefire violations by India which have cost both civilians and military personnel their lives.

Pakistani forces have responded in turn, inflicting numerous casualties on the Indian forces.