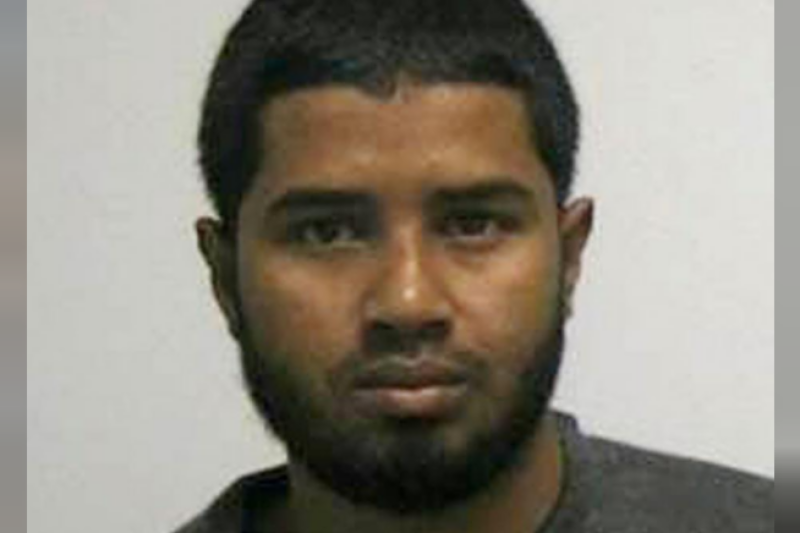 New York (Reuters): A Bangladeshi man set off a homemade pipe bomb strapped to his body in a crowded New York City commuter hub during the morning rush hour on Monday, officials said, immediately calling it an attempted terrorist attack.

The suspect, Akayed Ullah, 27, was taken to a hospital after suffering burns from the explosive device, which was attached to his body with Velcro and zip ties and did not fully ignite, officials said. Investigators told Reuters they believe the attack in midtown Manhattan was intended to be a suicide bombing.

The blast, which occurred around 7 a.m. (1200 GMT) in a busy underground passageway between the subway station underneath the Port Authority Bus Terminal and the Times Square subway station, sent commuters fleeing for the exits and police officers rushing to the scene, as officials scrambled to reroute trains and shut down streets.

The attack came just six weeks after police say an Uzbek man, Sayfullo Saipov, plowed a truck through a crowd of pedestrians along a bike path in lower Manhattan, killing eight in an act for which Islamic State later claimed responsibility. In September 2016, a man injured 31 people when he set off a homemade bomb in New York’s Chelsea neighborhood.

In recent years, numerous people claiming to be inspired by Islamic State have carried out attacks across Europe, the Middle East and the United States.

A law enforcement official familiar with the Ullah investigation said investigators have found evidence that he watched Islamic State propaganda on the internet.

The weapon used in Monday’s attack was “amateur-level,” New York Governor Andrew Cuomo said at a news conference near the explosion site. He told CNN the homemade bomb may not have fully ignited, possibly limiting the damage.

Officials said the attempted bombing underscored New York City’s status as a target for such attacks, citing the attacks of Sept. 11, 2001, which killed more than 2,750 people in New York and nearly 3,000 people in all, and the 1993 World Trade Center bombing, which killed six people.

“Let’s be clear, as New Yorkers, our lives revolve around the subways,” Mayor Bill de Blasio said at a news conference. “And let’s also be clear, this was an attempted terrorist attack.”

In a statement, President Donald Trump said the attack emphasized the need for U.S. immigration reforms.

“America must fix its lax immigration system, which allows far too many dangerous, inadequately vetted people to access our country,” he said.

The president also criticized the visa program that allowed Ullah to enter the United States in 2011 because he had family members already in the country, saying such family visas are “incompatible with national security.”

Ullah lived with his mother, sister and two brothers in Brooklyn and was a green card holder, said Shameem Ahsan, consul general of Bangladesh in New York.

Authorities did not immediately comment on Ullah’s motives. When asked whether Ullah had claimed any connection to Islamic State, New York Police Commissioner James O‘Neill said, “He did make statements but we’re not going to talk about that right now.”

Several U.S. officials familiar with the investigation told Reuters there was no immediate information indicating Ullah was previously known to any American spy or law enforcement agency for any connection to militants or terrorism, though a connection could still be found.

Ullah is from the Bangladeshi city of Chittagong and is a U.S. resident, said the country’s police chief. He had no criminal record there and last visited Bangladesh on Sept. 8, the chief said.

Ullah had a black cab/limousine driver’s license from 2012 to 2015, the New York Taxi and Limousine Commission said.

Monday’s incident was captured on security video, police said. Video posted on NYPost.com showed smoke and a man lying in a long tunnel that connects sections of the sprawling Times Square subway station. A photograph showed a man lying facedown, with tattered clothes and burns on his torso.

The explosion turned a normal start to the work week into a chaotic scene.

“There was a stampede up the stairs to get out,” said one commuter, Diego Fernandez. “Everybody was scared and running and shouting.”

The bus terminal was temporarily closed, and a large swath of midtown Manhattan was closed to traffic. Subway travel was disrupted but later returned to normal.

Pakistani staff safe as blast outside consulate in Jalalabad wounds ...

PTI leader who was shot last week succumbs to wounds