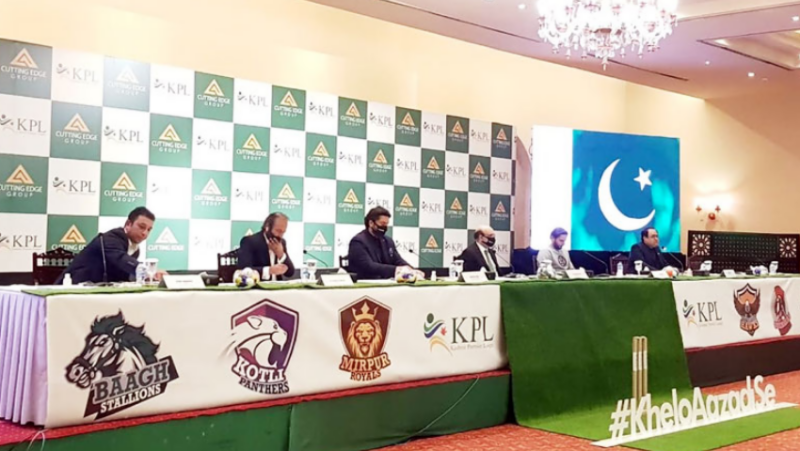 Islamabad (Web Desk): The Kashmir Premier League (KPL) was launched at a ceremony in Islamabad on Saturday.

According to details, six teams, five from Azad Jammu and Kashmir (AJK) and one of Kashmiri Diaspora, will participate in this T-20 format cricket event, commencing in Azad Kashmir on April 1 next year.

Addressing the launching ceremony, AJK President Sardar Masood Khan said that Kashmiri people are sports lovers and this event will be another platform for Kashmiri youth to show their talent.

Massod Khan assured that his government will provide all possible assistance and cooperation for successful conduct of the event.

He thanked Parliamentary Committee on Kashmir for its efforts to highlight Kashmir cause in the world and for KPL as well. Khan said Pakistan and Kashmir are not complete without each other.

Accepting the request of Chairman Kashmir Committee Shehryar Afridi, the AJK president said he will supervise the KPL as Pattern-In-chief.

Addressing the event, Shehryar Khan Afridi said the government of Pakistan and Kashmir Committee will fully support for successful holding of the event as this event is linked with Kashmir. He said like Pakistan Super League, KPL will also be a success.

Speaking on the occasion, former cricket team captain Shahid Afridi said he was extremely happy over the launch of the KPL, and feels honored to be its Brand Ambassador.