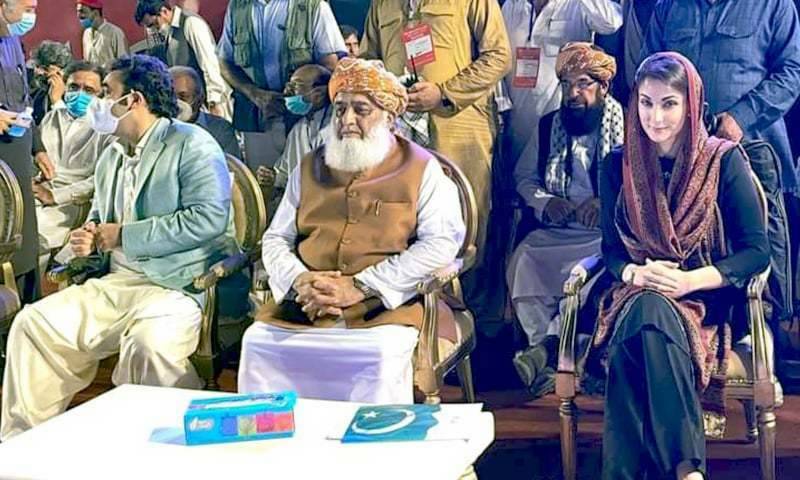 Lahore (Staff Report/Agencies): The Pakistan Democratic Movement (PDM) is all set to flex its muscles in Lahore today 13 (Sunday) amid COVID-19 pandemic.

The 11 opposition parties had held numbers of rallies in various cities against the incumbent government.

Addressing a press conference at Jati Umra on Friday, PML-N vice president Maryam Nawaz flanked by Pakistan Peoples Party (PPP) chairman Bilawal Bhutto Zardari said that representatives of the government were contacting the senior leadership of the party for settlement.

“I don’t like to talk to the government ministers,” she said, adding that they are now seeking for talks but the time has elapsed for them.

Earlier, PDM chief Maulana Fazlur Rehman has asked all Opposition lawmakers to submit their resignations to their party heads by December 31.

It is pertinent to mention here that Lahore’s deputy commissioner (DC) had refused to grant permission to the opposition for holding a public rally at the Greater Iqbal Park on Today 13 due to the second wave of the pandemic. He had also reminded the opposition leaders that it was the decision of the previous government of the PML-N that no public rally would be held at the Greater Iqbal Park.