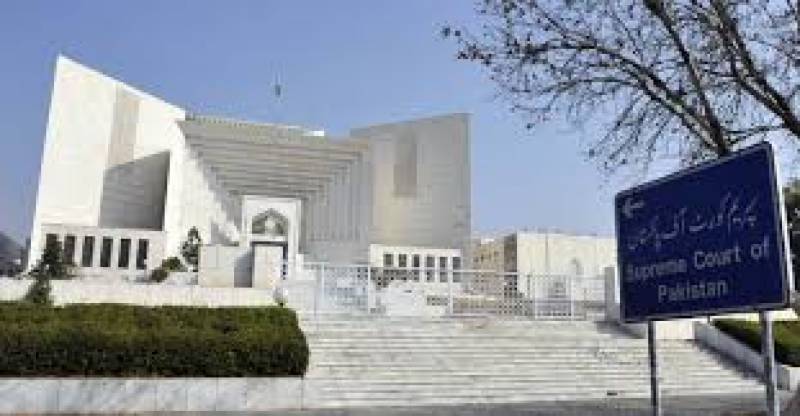 PTI’s lawyer said that there was a contradiction between statements of Nawaz Sharif and his scions. He also said that PTI asked the court to take decision on disqualifying the Prime Minister.

Justice Azmat remarked that by Naeem Bukhari’s definition, whether the court should assume that Maryam was dependent on Hussain Nawaz. He said that according to PTI’s lawyer, Sharif family bought London flats between 1993 to 1996 but Sharif family claimed that the flats were transferred in their names in 2006.

Awami Muslim League president Sheikh Rasheed started his arguments and said, "The court knows what is happening, we are simply here to assist it. The Sharif family is hiding behind the Qatar letter. The Qatar prince is Rescue 1122 for the Sharifs."

AML leader said that Maryam Nawaz at one end had no source of income while on the other end she was the wealthiest lady.

He endorsed the arguments of Naeem Bukhari and expressed that the judges had taken oath of dispensing justice.

The case was adjourned till January 12 (Thursday).

PTI leader Naeem-ul-Haq said while speaking to the media outside the Supreme Court that they had submitted all documents and evidence in court. He said, "We hope that the SC announces its verdict soon. Panama Leaks case is the last nail in corruption's coffin."

During the Panamagate case hearing on Tuesday, Supreme Court (SC) took a stance that it will not set any example by disqualifying prime minister over speeches.