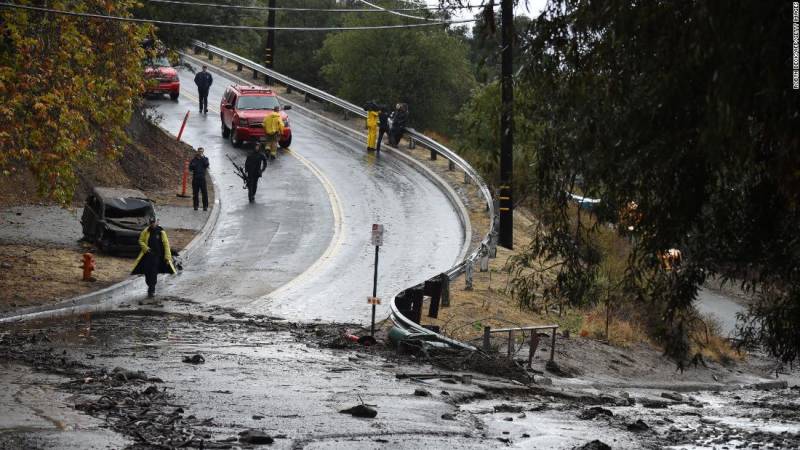 Sacramento (Web Desk): At least 17 people have been killed, and dozens of homes have been swept away after mudslides roared down the Californian hillsides, foreign media reported.

Helicopters were used to pluck more than 50 people from rooftops after downed trees and power lines blocked roads. Dozens more people were rescued on the ground, including a mud-caked 14-year-old girl who was pulled from a collapsed home in Montecito where she had been trapped for hours.

Survivors have described how they saw the mudslide approaching them, knocking down trees like dominoes.

The wall of mud was a mixture of soil, boulders and debris and it took a matter of seconds to reach them. It came down the mountainside, bulldozing their cars, homes and anything else that stood in its path. 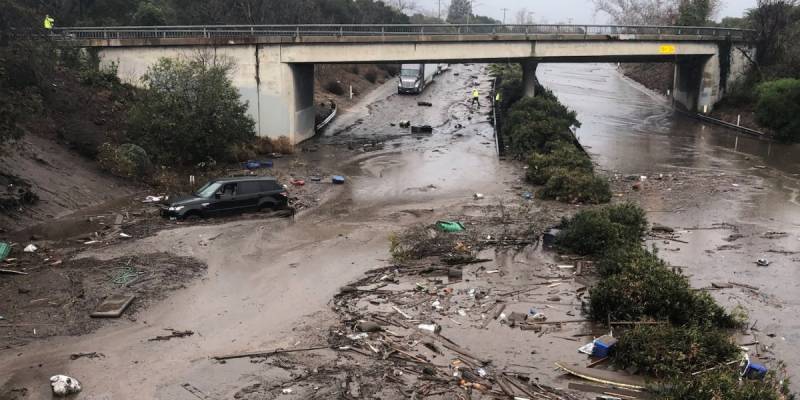 The mudslides were triggered by torrential downpours that unleashed rain on the region, which had already been hit by last month's mammoth Thomas Fire - the largest wildfire ever recorded in California.

The fire had left parts of the landscape denuded, increasing the risk of landslides.

Fires clear leaves and decomposing plant debris which would normally soak up rainwater, and can also change the composition of the soil, making it repel water.

This encourages water to pool on top of the landscape and quickly run downhill.

According to the US Geological Survey, a storm that strikes a fire-scarred area only needs a rainfall intensity of about 10mm per hour to pose the risk of producing debris flows.

Tuesday's thunderstorms brought downpours of 13mm in just five minutes in Montecito and 21mm in 15 minutes in Carpinteria, according to the US National Weather Service. 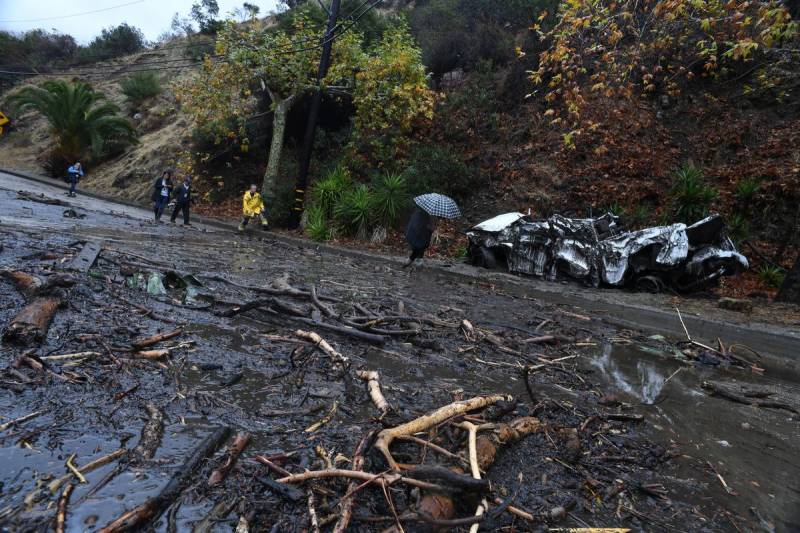 Before the storm, there were widespread evacuations in and near the mammoth Thomas Fire burn scar.

Some areas had been placed under mandatory evacuation orders, but not the hardest-hit parts of Montecito.

The heaviest rains have now cleared away from the burn area, and the weather will continue to dry up on Wednesday.