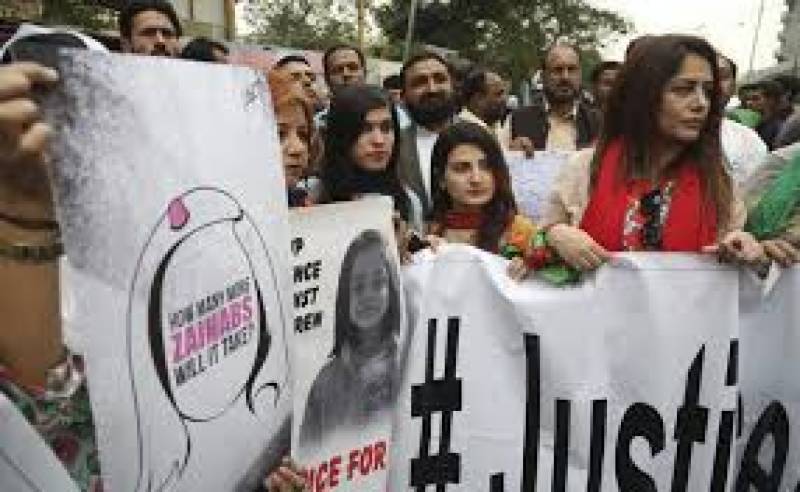 Karachi (Reuters): The rape and murder of a young girl in Pakistan has sparked calls for #JusticeforZainab around the world, amid anger over a spate of unresolved child sex crimes in the conservative nation.

Police recovered the body of Zainab Ansari, aged about 7, on Tuesday from a garbage dumpster in the town of Kasur in eastern Pakistan, four days after she was reported missing.

Pakistani Nobel Prize laureate Malala Yousafzai and cricketer-turned-politician Imran Khan were among the celebrities using the hashtag, which is trending on Twitter.

“This has to stop,” tweeted a “heartbroken” Yousafzai, an outspoken campaigner for girls’ rights in her homeland.

Heartbroken to hear about Zainab - a 7 year old child abused and brutally killed in Kasur, Pakistan. This has to stop. Gov and the concerned authorities must take action. #JusticeForZainab

A 2011 Thomson Reuters Foundation poll found Pakistan to be the world’s third most dangerous country for women, due to acid attacks, child marriage and punishment by stoning.

Ansari was the twelfth girl to be abducted, raped and killed in the past year in Kasur district, police said. 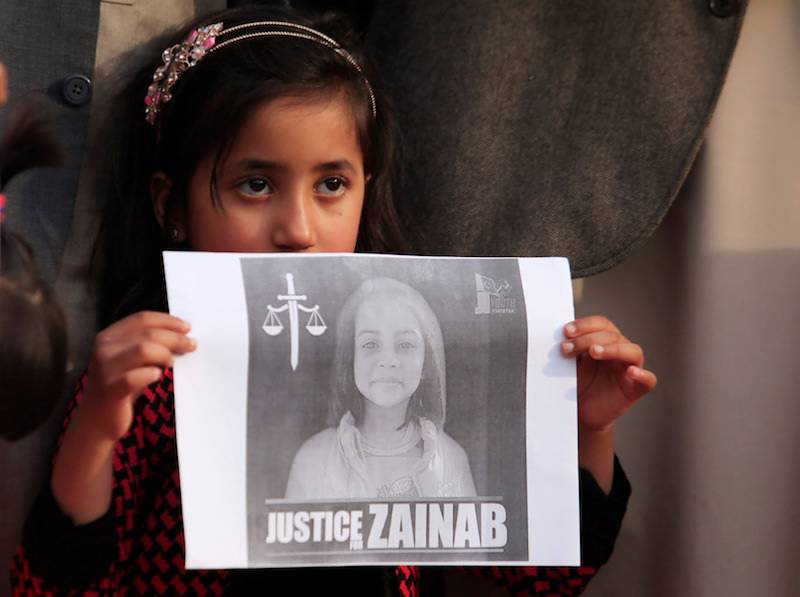 “This is not the first time such horrific acts have happened,” said Khan. “We have to act swiftly to punish the guilty and ensure that our children are better protected.”

Two civilians were killed on Wednesday when officers fired to disperse crowds that attacked a police station in Kasur. The police deny they have been lax in investigating child abductions in the town.

They say Pakistan’s intelligence service is ranked at number one. Find them catch them jail them castrate them hang them! #JusticeForZainub where are you agents ?

Actresses Mahira Khan and Sanam Saeed were among those who demonstrated in Karachi, Pakistan’s largest city, on Thursday.

This will not stop till we don’t make examples out of these evil butchers! #JusticeForZainab

We fail as a nation every time we witness a crime as heinous as this. We fail even more when we aren’t able to bring these evil butchers to the gallows. And we fail the most when we sit in our homes instead of getting out on the roads. Press club, Karachi. 2 pm. #Justice4Zainab

“We need to start talking about sexual abuse openly,” said Khan, one of Pakistan’s most popular actresses.

“We need to include that in our school curriculums. Awareness is key. Associating abuse and rape with shame is why countless (attacks) go unheard of. Stop with the shame.”

Sexual abuse is on the rise in Pakistan, with more than 4,000 cases reported in 2016, up 10 percent on the previous year, the Human Rights Commission of Pakistan says.

Pakistan tightened its legislation to protect children in 2016 - criminalizing sexual assault, child pornography and trafficking for the first time - after a pedophile ring, circulating pornographic videos, was exposed in Kasur.

Previously, only rape was criminalized.

Mamtaz Gohar, a spokesman for Sahil, which campaigns against child sexual abuse, said not enough has been done to secure justice for an estimated 280 children abused in the case.

“Almost all of the criminals have been released on bail. The justice system and the police investigation is really skewed in our country,” he told the Thomson Reuters Foundation.

Many villagers in Pakistan prefer to use local elders to dispense justice, rather than the often-cumbersome and corrupt formal legal system.

“Ask one institution, they blame the other. The police will blame the judges, the judges will point fingers at the public prosecutor,” said Maliha Zia Lari, a human rights lawyer, calling for better training of investigators.