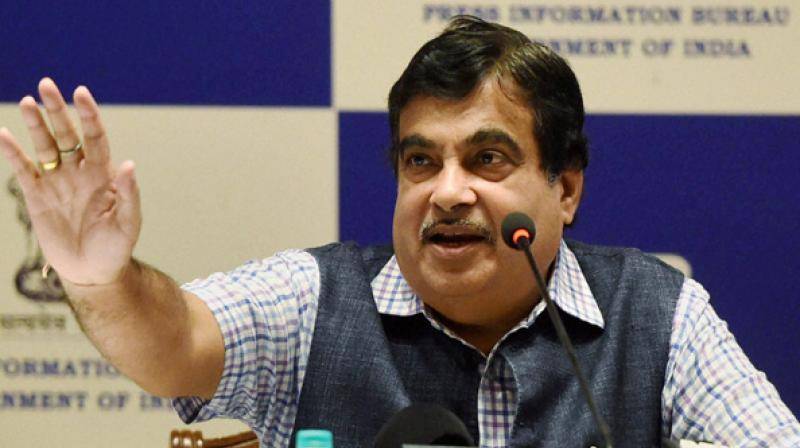 Mumbai (Web Desk): Accusing the Indian Navy of "holding up developmental projects" in India's financial capital, Union minister Nitin Gadkari said he would not give them an "inch of land" in the posh south Mumbai area. In presence of senior naval officials, including the Chief of Western Command, at a function in Mumbai, Mr Gadkari said, "We are the government. The Navy and the defence ministry are not the government".

According to details, the outburst of Mr Gadkari, who has Shipping and Water Resources among his portfolio bouquet, came after the Navy refused permission for a jetty to launch seaplane services and a floatel on grounds of security. Citing the Navy's decision, the Bombay high court also turned down the operator's appeal.

The Navy, Mr Gadkari said in his address, "came to me seeking a plot of land... I will not give them even an inch of land, please don't come again... Everyone wants to build quarters and flats on south Mumbai's prime land. We do respect you (Navy), but you should go to the Pakistan border and do patrolling."

Everybody, he said, wants to build quarters in south Mumbai's prime land, but only a few important, senior officials should live there.

Senior officers, including Western Naval Command chief Vice Admiral Girish Luthra, were present at the programme where Mr Gadkari was laying the foundation stone for an international Miami-style cruise terminal.

The blow to the ferry project is a bump in the Narendra Modi government's plan to optimize the country's waterways in view of the cramped land routes and the high cost of expanding them. During the Gujarat elections, Prime Minister Narendra Modi had unveiled the government's plans on this front before he famously took off from Sabarmati river on a sea plane.

Mr Gadkari on Thursday said the government plans to bring 10,000 seaplanes into operation in the country over the next two years.

The story is originally published by ‘NDTV’