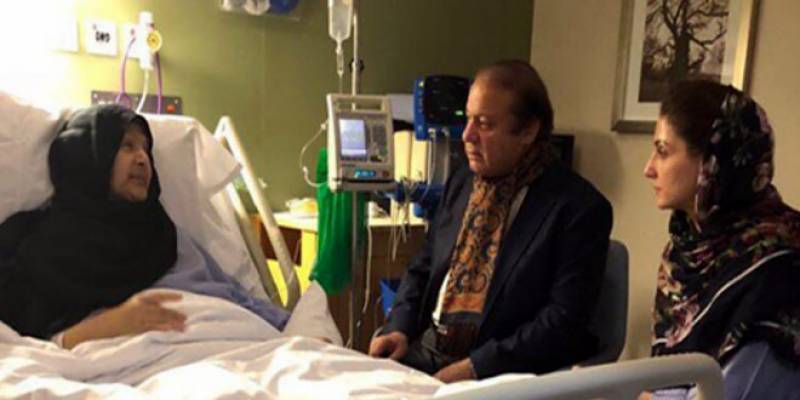 1st time in 30 days,Ami opened eyes for a few secs. Don’t know if she saw or registered us. Still not conscious& on vent. Prayers solicited.

Nawaz Sharif and daughter Maryam Nawaz have been in London prior to Eid-ul-Fitr and are expected to return on Friday. Nawaz and Maryam will be arrested upon arrival in Pakistan following their sentencing in the Avenfield Reference case.