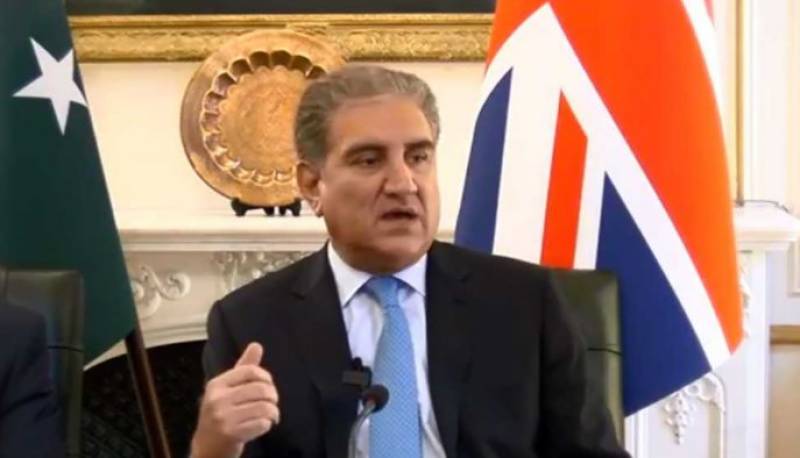 Addressing a press conference at Pakistan High Commission in London, the foreign minister said that the situation in Indian occupied Kashmir (IoK) is worsening day by day, while India is hesitant in holding talks with Pakistan and not ready to resolve the Kashmir issue.

“Like first UN human rights report on the Indian occupied Kashmir, its second one had also highlighted the gross HR violations in the occupied valley,” FM Qureshi said.

Foreign Minister Shah Mahmood Qureshi is currently visiting the UK to participate in the Commonwealth Foreign Affairs Ministers meeting 2019, which is convened to mark 70th anniversary of London declaration, which marked the creation of Commonwealth Nations.