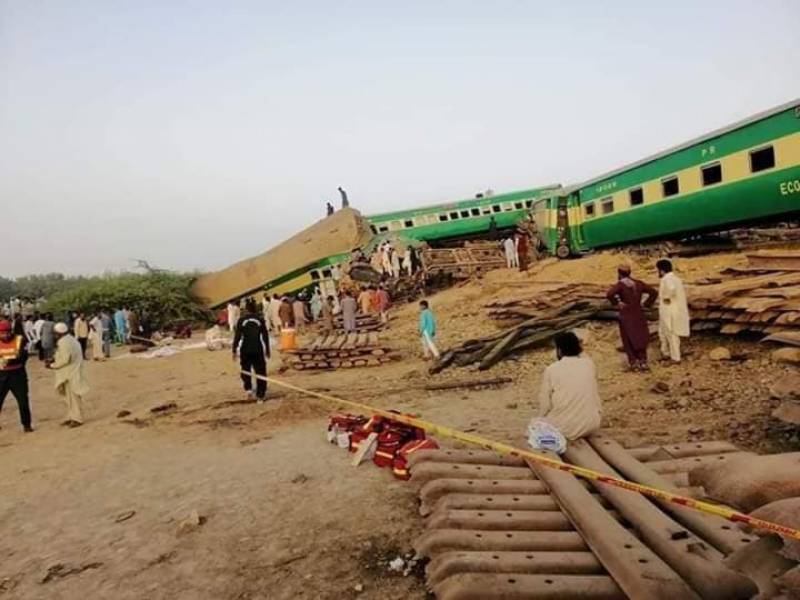 Rahim Yar Khan (Web Desk): The death toll from train accident in Sadiqabad has reached 24 after one more victim of the accident succumbed to injuries at Sheikh Zaid hospital.

According to District Police Officer (DPO) Umar Salamat, body of a minor girl was also found from the rubble.

The freight train was standing on the loop line when the passenger train collided with it instead of running on the mainline.

The carriages derailed while the engine of the passenger train was completely destroyed.

The rescue teams used cranes to enable them to pick through some of the twisted wreckage to find the bodies.

As per the officials, rescuers have pulled out all the dead and injured from the wreckage and they are now focusing on clearing the track. Work to clear the track will continue on Friday.

An initial investigation report into the accident said the failure of the signal system behind the Akbar Bugti Express crashing into the stationary freight train.

Federal Minister for Railways, Sheikh Rashid Ahmad said that an investigation has been ordered into the unfortunate accident. "The train accident occurred due to negligence and I have ordered an investigation into the incident," he said.

Rasheed further said all assistance will be provided to the families of the deceased and the injured.