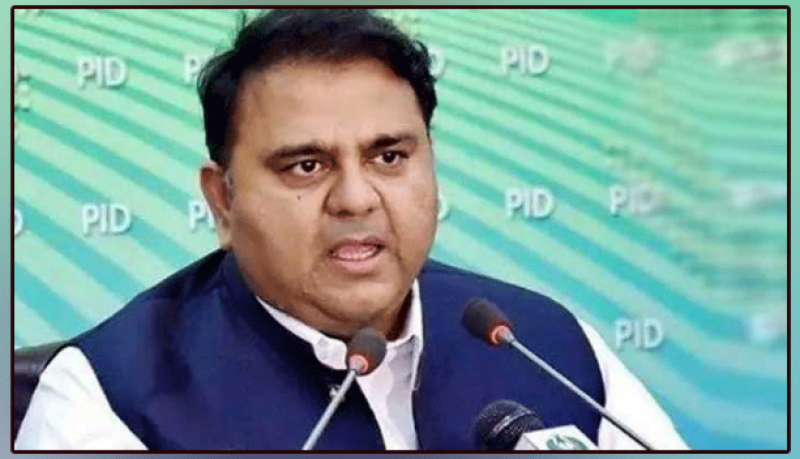 In a tweet today, he said every effort is being made to move forward with a peaceful and all-inclusive government in Kabul.

However, the Minister said if it does not happen so, its implications will not be let to affect Pakistan.

He said Prime Minister Imran Khan has made it clear that Pakistan will be partner for peace but not in war.

The information minister reiterated that Pakistan's land is not being used against Afghanistan and hopefully Afghanistan will also reciprocate in the same way.

He said the government's Afghan policy is in the interest of Pakistan and the political parliamentary leadership agrees on the principle of non-interference.

The information minister's remarks following a series of statements by Pakistani authorities regarding growing concerns over rising violence in Afghanistan and its expected fallout in Pakistan, with the US drawdown in the war-torn country now in its final stages.

While briefing the Senate Committee on Foreign Affairs on Friday, Foreign Minister Shah Mahmood Qureshi and National Security Adviser (NSA) Moeed Yusuf had warned that the situation was turning volatile in Afghanistan.

Moeed Yusuf termed the situation in the neighbourng country "extremely bad and out of Pakistan's control". He had warned of an impending risk of an attack by Tehreek-e-Taliban Pakistan (TTP) militants, who, he had said, could enter Pakistan disguised as refugees.

FM Qureshi had expressed worry that in case of a civil war in Afghanistan, Pakistan would not be able to handle the influx of refugees.

Meanwhile, Director General Inter-Services Public Relations (ISPR) Major General Babar Iftikhar on Saturday clarified that Pakistan was a facilitator of the Afghan peace process and not a guarantor.