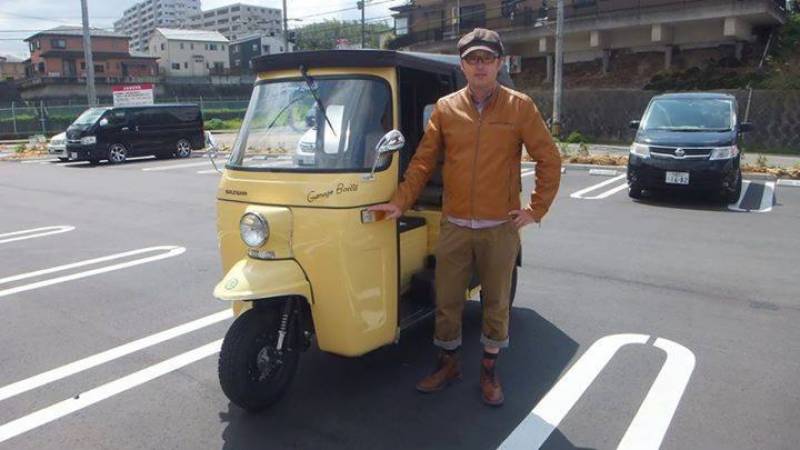 Lahore (Web Desk): The Japanese car manufacturers have been dominating in automobile market since a long time. Japanese companies like Toyota, Honda, Suzuki, and Nisan have created a complete monopoly in the car industries of a large number of states including Pakistan.

Japan with a strong automobile industry has no need to import vehicles from other countries, especially from Pakistan where the industrial base is not that strong. However, there is one vehicle which Pakistan seems to be able to make better than Japan.

And it is none other than the traditional Pakistani Rikshaw. The Rikshaws are the only Pakistani vehicle that is being exported to Japan.

A Pakistani company ‘Sazgar’ Engineering is exporting rickshaws to Japan. These rickshaws are becoming popular among Japanese and they like to use it for fun and as a hobby rather than as a public transport.

However, there is a lot of scope for these rickshaws in Japan for being quite economical and pretty easy to drive and they can prove to be a great transport vehicle for the narrow streets of some of the Japanese cities.

Here are some pictures of absolutely stunning rickshaws in Japan. Japan like to take pictures with these unique vehicles and some Indian and Pakistani people in Japan are also using these traditional rickshaws.

It is to be noted here that how the future turns out for these Pakistani Rickshaws in Japan anyway it is some progress.

However, there is a huge opportunity for Sazgar Engineering and other Pakistani companies if they can capitalise in this niche.