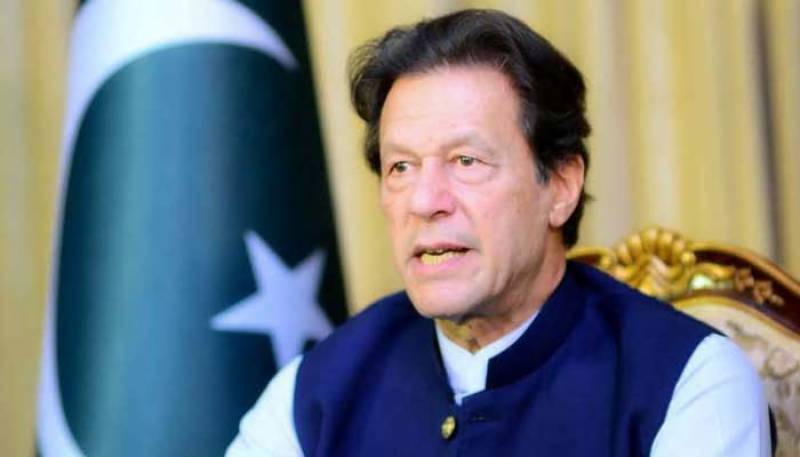 In an interview with Canadian Broadcasting Corporation (CBC), the premier said the killing of four Pakistani origin family members in Ontario has shocked everybody in Pakistan.

“When there are these hate websites, which create hatred against human beings, there should be an international action against them,” PM Imran said.

Prime Minister Imran Khan said that has raised the issue with his Canadian Counterpart Justin Trudeau.

He said Trudeau is a leader who understands the importance of fighting online hate and Islamophobia.

PM Imran added that other have not yet made the same commitment.

"The world leaders, whenever they decide upon taking action, this will be dealt with," he said.

"The problem is at the moment, there is not enough motivation and that some international leaders, or leaders in the Western countries, actually don't understand this phenomenon," PM Imran said.

On June 6, a man crashed a pickup truck into a Pakistani-origin family of five, killing four of them while injuring the 9-year-old near London in the south of Canada’s Ontario province.

The deceased include a 46-year-old man, his 44-year-old wife, a 15-year-old girl, and her 74-year-old grandmother. Their nine-year-old son had been shifted to hospital for serious injuries.

The 20-year-old suspect, arrested shortly after the attack, has been charged with four counts of first-degree murder and one count of attempted murder, while several leaders of the Muslim community had called on the courts to classify the episode as an act of terrorism.

Canadian Prime Minister Justin Trudeau had said he was horrified by what he described as an act of hatred.

"To the Muslim community in London and to Muslims across the country, know that we stand with you. Islamophobia has no place in any of our communities. This hate is insidious and despicable — and it must stop" the Canadian prime minister tweeted.

Meanwhile, United Nations (UN) Secretary-GeneraI Antonio Guterres also expressed his outrage over the “targeted” killing of a Muslim family in Canada and urged for united fight against Islamophobia.

“My heart goes out to the victims, surviving family and loved ones – and the community,” he said.

The UN secretary-general called for united fight against Islamophobia and all forms of hatred.