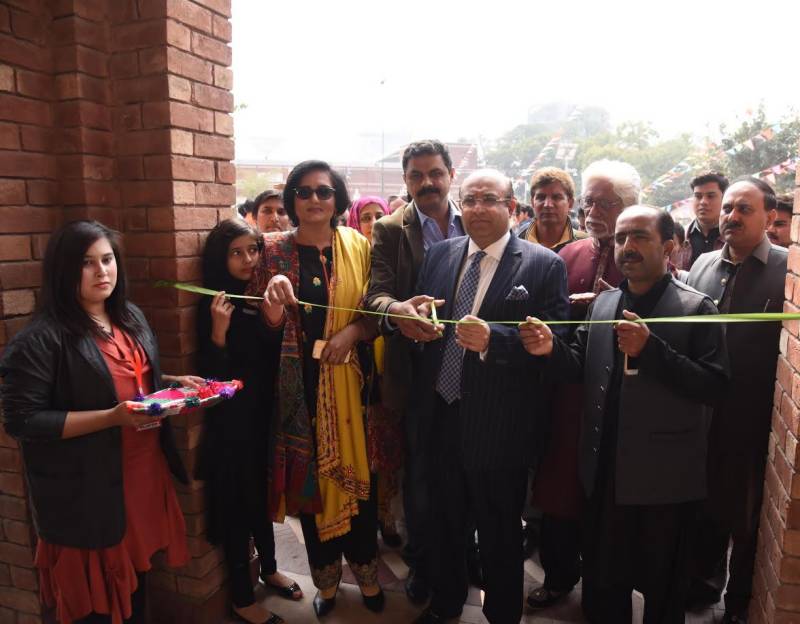 On the first day, an assortment of people flocked to the cultural event organised by Punjabi Parchar, an organisation working for the propagation of Punjabi language and culture.

Addressing the gathering, Mian Mujtaba Shuja-ur-Rehman said that festivals like such promote peace, harmony and love among people. He added that peace-oriented festivals should be organised to resuscitate the enriched culture of Punjab, besides bringing the people out of depression. “There is need to revive our Punjabi culture so our next generation could inherit it” he added.

Punjabi Parchar Director Ahmad Raza Punjabi addressing the gathering said, “We must be proud of our mother tongue,” adding that parents tend to speak English with their children when in public whether they have a grip on it or not instead of giving importance to the mother tongue.

Smooth organisation of the Pakistan Super League (PSL) final in Lahore gave a message to the world that Pakistan is a peaceful country and its citizens love to such events.

Cultural activities are also in full swing with the start of the spring season and people are passionate about them as a number of people from the different field of life reached the Punjabi Complex to attend the cultural festival.

At the event, the students of Punjab College presented a tableau on the main symbol of Punjabi culture, Charkha, which was largely appreciated by the audience.

Folk singers enthralled the audience when they recited the Waris Shah’s “Heer” to leave them spellbound. Voice of folk singers including Nadeem Abbas Lonay Wala, Jassi Lylpuria, Ali Baksh and others outshone the audience.

Students of FC College and Lahore College University also played a Punjabi Theatre that highlighted the culture of Punjab. Dhamal, jhoomer and other folk dances of Punjabi culture were also presented on the first day of the event.

The poetic symposium put a soul into the event where every heart was touched by the loving verses of poets. A literary session on “Film te Culture” was also arranged in which speakers, including Pervaiz Kaleem, Tahir Sarvar Mir, Pervaiz Rahi, drama and film writer, Amir Raza and Tahir Sarwar Mir expressed their views.

Participants were of the view that the Punjabi language had always given a message of peace, adding that Punjabi saint-poets spread the culture of tolerance in their poetry.

In order to battle with terrorism and other issues, there is need to reinstate the link between people and culture, they added.