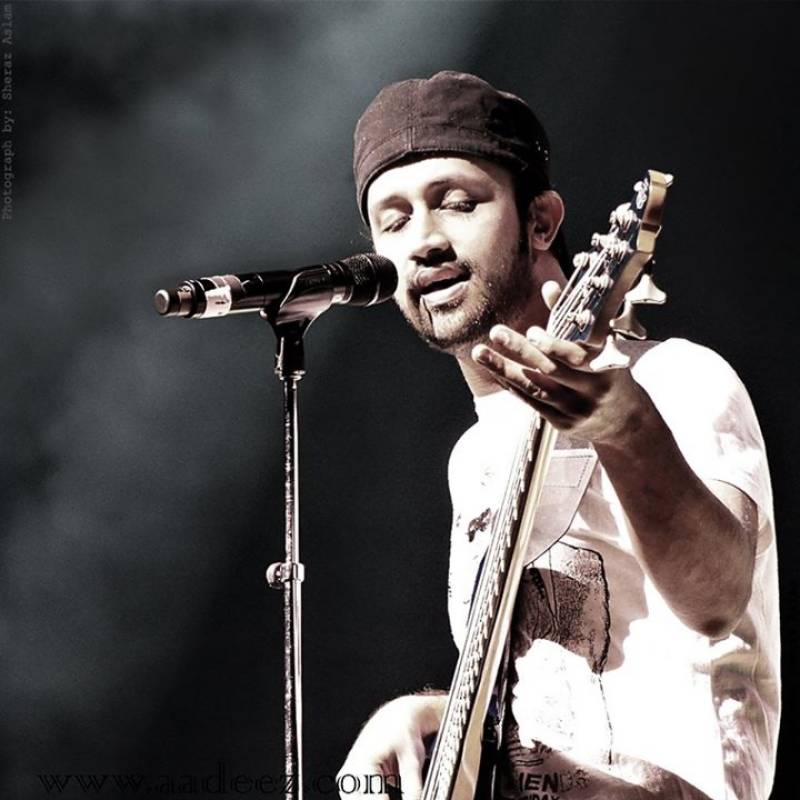 According to details, the 'Tere Bin' singer shot to fame with his single ‘Aadat’.

Born in the Wazirabad city of Punjab and during his 35 years life he singer has given many powerful hits in the mainstream cinema like 'Pehli Nazar', 'Jeena Jeena', 'Be Intehaan', 'Aadat', 'Doorie', 'Woh Lamhe', 'Jeene Laga Hoon', 'Piya O Re Piya'.

In 2004, Atif Aslam debuted his musical career as lead vocalist of Jal band and stole the hearts of a million fans in a very short span. However, he parted ways with the band shortly after over personal differences, to continue as a solo artist.

Atif's singles “Yakeen, Ehsaas and Aadat” were featured in Ramin Bahrani’s 2005 film Man Push Cart, a Hollywood movie that won praise by a number of critics. Two other songs, "Doorie" and "Maula", were selected in 2010 for the soundtrack of the Spanish Beauty, the Hindi version of the 2005 Mexican film La mujer de mi hermano directed by Ricardo de Montreuil. He then sang two songs; "Bol Ke Lab Azaad Hain" and "Mori Araj Suno", in Mira Nair's 2012 film The Reluctant Fundamentalist.

It is a proven fact that any song sung by Atif Aslam becomes an instant hit. This is the reason why filmmakers and musicians show utter eagerness to work with him time and again.