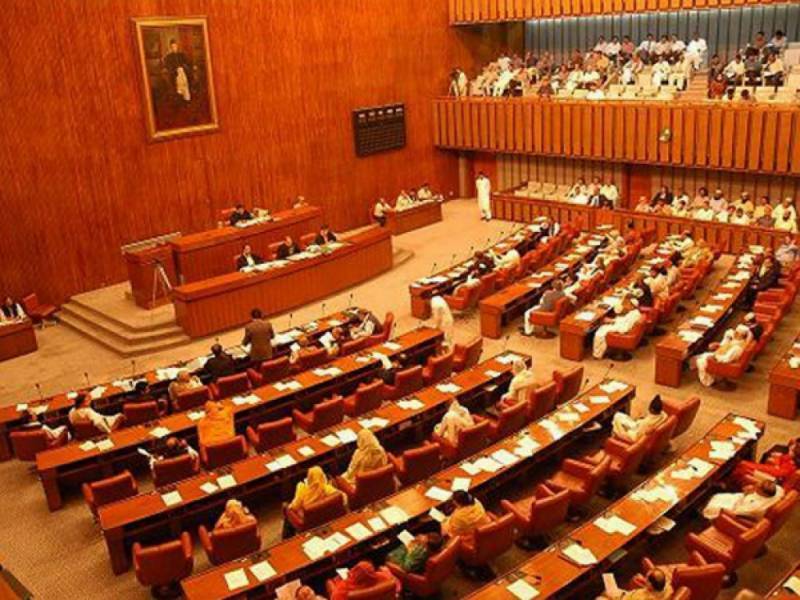 Islamabad (Staff Report): At least 51 newly-elected senators and Dr Asad Ashraf have sworn in during a session in the Upper House on Monday.

At least 52 senators secured their respective seats of the upper house after elections on March 3 and Dr Asad Ashraf elected on a seat vacated after PML-N's senator Nehal Hashmi's disqualification in court contempt case. However, former finance minister Ishaq Dar could not take oath as he was in London for medical treatment.

After taking oath, the newly formed Senate will elect chairman and deputy chairman each with a majority vote of at least 53 members.

While talking to the Media on late Sunday, Bilawal said the PPP’s candidate for the post of Senate chairman will be Sanjrani and its own senator Saleem Mandviwala will contest for deputy chairman’s seat in the upper house of the Parliament.

Sadiq Sanjrani has been proposed by Balochistan Chief Minister Abdul Quddus Bazinjo and backed by Pakistan Tehreek-e-Insaf (PTI) will contest against the ruling Pakistan Muslim League-Nawaz’s (PML-N) and its allies parties’ candidate for the post of Senate chairman.