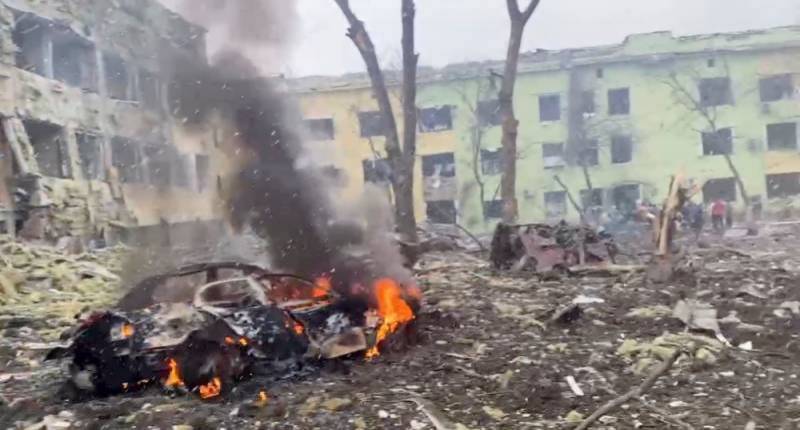 Kyiv (Web Desk): The Ukrainian government said on Saturday a mosque in the southeastern Ukrainian port city of Mariupol, where 80 civilians were taking shelter, has been shelled by Russian forces.

“The mosque of Sultan Suleiman the Magnificent and his wife Roxolana (Hurrem Sultan) in Mariupol was shelled by Russian invaders,” the ministry wrote on its Twitter account.

“More than 80 adults and children are sheltering there, including Turkish citizens,” it added, without specifying when the strike took place.

The strategically-located city has been under a devastating siege for days.

However, Ismail Hacioglu, president of the Suleiman Mosque Association in Mariupol, who was contacted by Turkish TV channel, said the area was under fire but the mosque itself had not been hit.

On Monday, at least 200,000 people remained trapped in the besieged city of Mariupol after fighting stopped evacuation efforts over the weekend.

Earlier, Russian President Vladimir Putin had said that his campaign in Ukraine was going according to plan and would not end until Kyiv stopped fighting.

Putin made the comments in a phone call with Turkish President Tayyip Erdogan, who appealed for a ceasefire in the conflict that the United Nations says has created the fastest growing refugee crisis in Europe since World War Two.