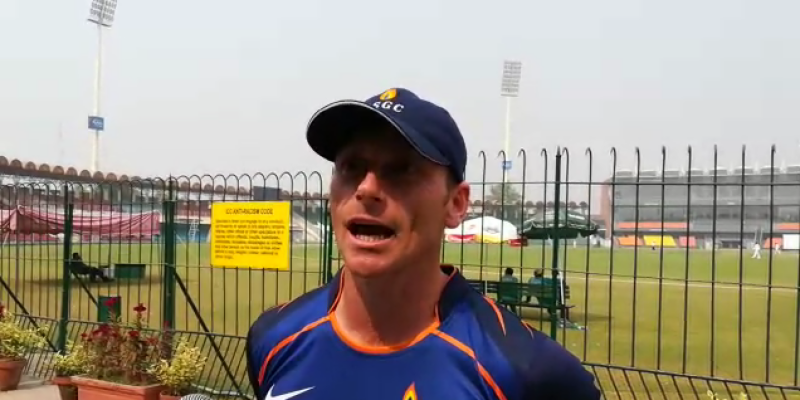 According to details, British Richard Stonier is trainer of ‘Sui Southern Gas cricket team’ and he is warmly welcomed in domestic tournament.

Coach Ateeq uz Zaman introduced Richard Stonier in domestic cricket tournament on recommendation of Haroon Rasheed last year keeping in mind the fitness problems of the team. But now, Ateeq uz Zaman claimed, “Richard Stonier’s presence in the team is an opportunity to meet the challenge.”

Richard Stonier talked to media and expressed his gratefulness for the people of Pakistan.

He also said he has been in this profession for ten years. “I enjoyed working with different athletes… now I am here to work with Pakistani cricketers… I am very blessed and honored. Certainly I would like to implement law. It’s a long process but I will try my best to change the thinking. Change takes time, it does not happen overnight. This is gonna take a little bit time about lifestyle, fitness, nutrition, eating habits to make people better … and I say again in the end of the day to work hard and play hard,” he said.