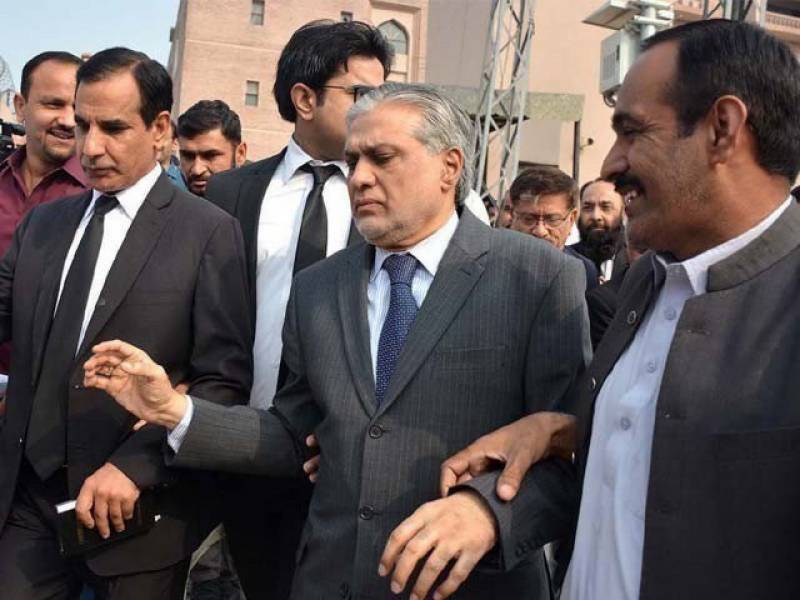 Judge of the Accountability Court resumed the hearing where the court had summoned two witnesses of the prosecution, Shahid Aziz and Tariq Javed, to record their statements pertaining to the case today.

Alongside Dar, Federal Privatisation Minister Daniyal Aziz and State IT Minister Anusha Rehman have also reached the court to attend the hearing.

Finance Minister reached the court under firm security as almost 200 policemen have been stationed in and around the judicial complex to provide security for today's hearing, while all routes except one entry point have been sealed off to prevent the unauthorised entry of any uninvited persons.

The NAB has submitted a list of 28 witnesses with the court.