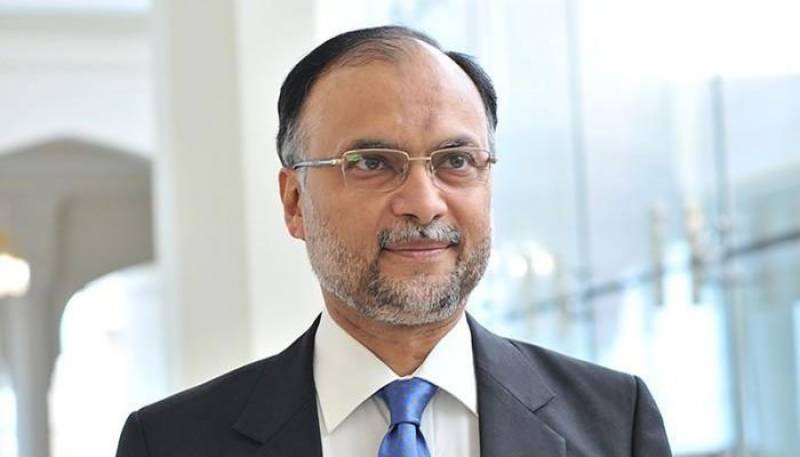 Washington (Web Desk): Interior Minister Ahsan Iqbal has reaffirmed Pakistan’s willingness to join the United States as a partner for achieving peace and security in the region, during his address to the gathering of students, academicians, think tank analysts, and media persons at an exclusive event organized by the Johns Hopkins University’s School of Advanced International Studies in Washington, DC, and hosted by Vali Nasr, author and dean of the School.

“Pakistan desires a broader and comprehensive partnership with the United States, beyond security and particularly in the education sector,” he said.

The interior minister spoke on the topic, ‘Pakistan’s Efforts in Internal and Regional Security’ and covered a wide range of areas from Pakistan’s counter-terrorism operations, which had resulted in a marked decline in terrorist incidents in the country, to Pakistan’s role in promoting regional peace and stability.

Pakistan adopted the National Action Plan (NAP), the 20-point program developed by the government to counter terrorism and extremism, Iqbal briefed the audience.

The implementation of the NAP, in conjunction with the sweeping counter-terrorism operations undertaken by the country’s security forces, had been critical in improving the security situation in Pakistan, the minister said.

This was now paying dividends in the form of rising investor interest in Pakistan, including from corporate America.

The minister said Pakistan shared the international community’s concerns about the instability in Afghanistan, which continued to spill over into Pakistan.

He said that Pakistan desired peace in Afghanistan and would thus support any effort to effect political reconciliation in Afghanistan, which was the only viable path towards obtaining lasting peace in the region.

The minister said that blaming Pakistan for the security failures in Afghanistan was unhelpful as well as offensive to the people of Pakistan, whose sacrifices in the fight against terrorism were without parallel in the region.

He said, we successfully counter terrorism with Operation Zarb-e-Azb and made the elimination of terrorism possible.

He also discussed the important economic vision of CPEC and said that it will open way for peace, regional cooperation.