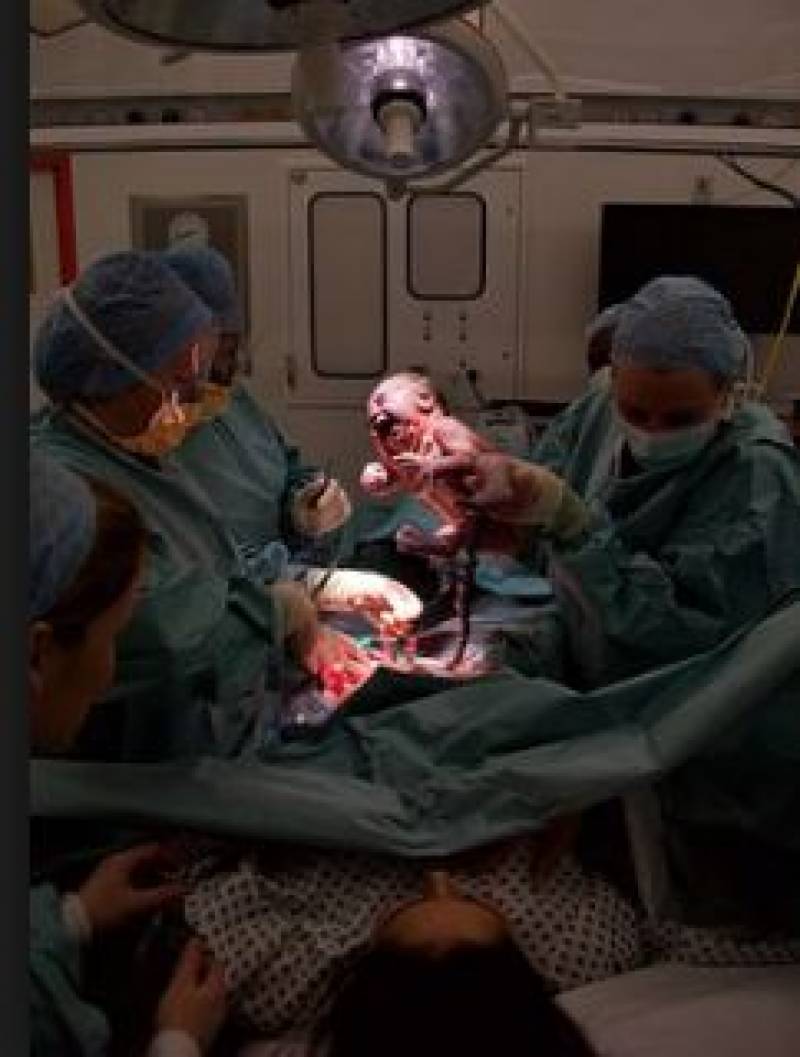 London (Web Desk): Rates of caesarean section births almost doubled between 2000 and 2015 – from 12 to 21 per cent worldwide - new research has found.

C-sections have a more complicated recovery for the mother, they said, and lead to scarring of the womb, which is associated with bleeding, abnormal placenta development, ectopic pregnancy, stillbirth and preterm birth in subsequent pregnancies.

The research, published in The Lancet medical journal on Thursday, found that 60 per cent of countries overuse C-sections and 25 per cent under-use them, suggesting that recommendations for their use in cases of medical need are widely ignored.

In at least 15 countries, more than 40 per cent of all babies born are delivered by C-section. The highest rate, of 58.1 per cent, was in the Dominican Republic.

Experts estimate that between 10 and 15 per cent of births medically require a C-section due to complications such as bleeding, foetal distress, hypertension or a baby being in an abnormal position.

While the procedure can save lives - of both mothers and newborns - it can also create complications and side effects, including higher risks for future births.

“The large increases in C-section use – mostly in richer settings for non-medical purposes – are concerning because of the associated risks for women and children,” said Marleen Temmerman, an expert from Aga Khan University in Kenya and Ghent University in Belgium who co-led the research.

She called on doctors, midwives and other health workers “to only intervene in this way when it is medically required”.

The research tracked trends in C-section use globally and in nine regions based on data from 169 countries from World Health Organization and UNICEF databases.

C-section continues to be overused in North America, Western Europe and Latin America and the Caribbean, where rates rose by around 2 per cent a year between 2000 and 2015 to 32 per cent, almost 27 per cent and more than 44 per cent respectively.

The pace of change varied widely between regions, with rapid increases seen in South Asia and much slower rises in Africa.

Looking at trends in Brazil and China where there is high use of C-section, the researchers found that many were in low-risk pregnancies, in women who were well-educated, and in women who had previously had a C-section.

They said it was important for women and healthcare workers to understand the “small but serious risks” associated with C-sections, and ensure they were used in cases medical need.

Common reasons why women request C-sections include past negative experiences of vaginal birth, fear of labour pain or of the effects of labour such as pelvic floor damage, incontinence and reduced sexual function.