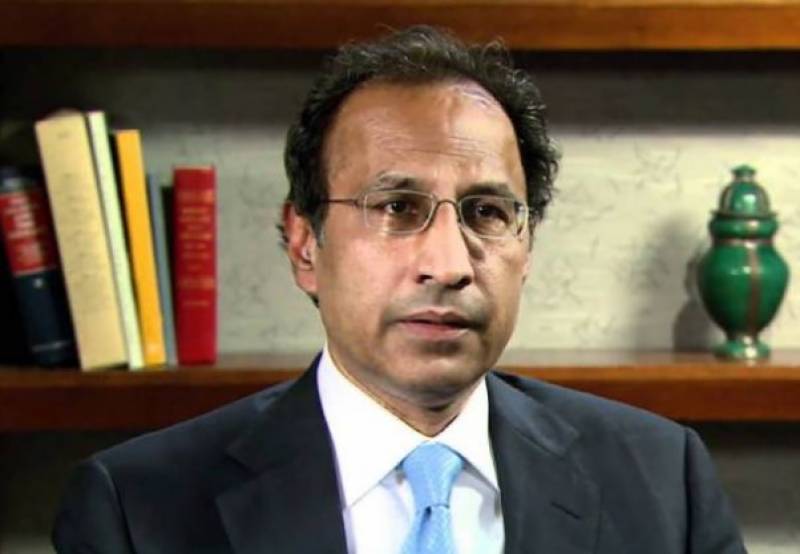 Islamabad (Web Desk): Adviser to the Prime Minister on Finance Dr Abdul Hafeez Sheikh on Saturday said that the difficult decisions taken by the government has started bearing positive results on the economic front.

Addressing a news conference along with Chairman Federal Board of Revenue (FBR) Shabbar Zaidi in Islamabad, Hafeez said that the government has overcome the fiscal and trade deficits.

“The trade deficit witnessed a decrease of 35 percent and fiscal deficit thirty six percent during the first quarter of current fiscal year,” he said.

Sheikh said the current account deficit has been reduced to the record level. For this, we struck agreements with the friendly countries as well as IMF, the World Bank and the Asian Development Bank.

He said our exchange rate and foreign reserves are standing at strong levels with sixteen percent surge has been made in revenues. He said eight hundred thousand additional people have come to the tax net.

The adviser said the government has not made any borrowing from the State Bank of Pakistan over the last three months with the aim to control the inflation. He said we have also not taken supplementary grants as there is check on the expenditures.

“The non-tax revenue has contributed four hundred and six billion rupees in the first quarter of current fiscal year.

He said this is 140 percent more than the last corresponding period and this is a big achievement. He expressed the confidence that the government will be able to raise 1600 billion rupees through non tax revenue this fiscal year.

Hafeez Sheikh said the confidence of foreign investors is also increasing on Pakistan. He said there has been an additional 340 million dollars net portfolio investment.

The adviser pointed out that the exports remained stagnant over the last five years. However, the exports are now increasing as a result of support given to the industries in the form of subsidy on gas, electricity and loans.

The Adviser on Finance said that the government has also focused on overseas employment of Pakistanis to increase remittances. He said that 2, 24000 people went abroad last year for employment whilst this year this number has surged to 3, 73000.

The adviser said that international financial institutions including the IMF and the World Bank are also giving positive statements about Pakistan's economy. Hafeez Sheikh said the present government has significantly cut its expenditures.

Answering a question, the advisor said the government will unveil a comprehensive policy regarding Small and Medium Enterprises within two weeks.

He said the policy will contain proposals of financing SMEs, incentives, ease of doing business and speedy approvals.

Responding to a question, Dr Hafeez Shaikh said the government agencies are working in union to ensure that Pakistan comes out of FATF grey list at the earliest.

He said it is in Pakistan's own interest to check money-laundering. He added that steps are being taken in various directions for the purpose, and so far over 20 of the total 27 points have been implemented.

Hafeez Sheikh said public welfare is the cornerstone of every economic policy of the PTI government. He said the government has not increased petroleum products for three months as the rupee has stabilized.

Responding to a question, FBR Chairman Shabbar Zaidi said dialogue with trader community is progressing positively and there is no deadlock in it.

To another question, the FBR Chairman said that Pakistan has discussed with UAE authorities abuse of use of Iqama by Pakistanis. He said the UAE government has agreed to provide details of Pakistanis' properties there.