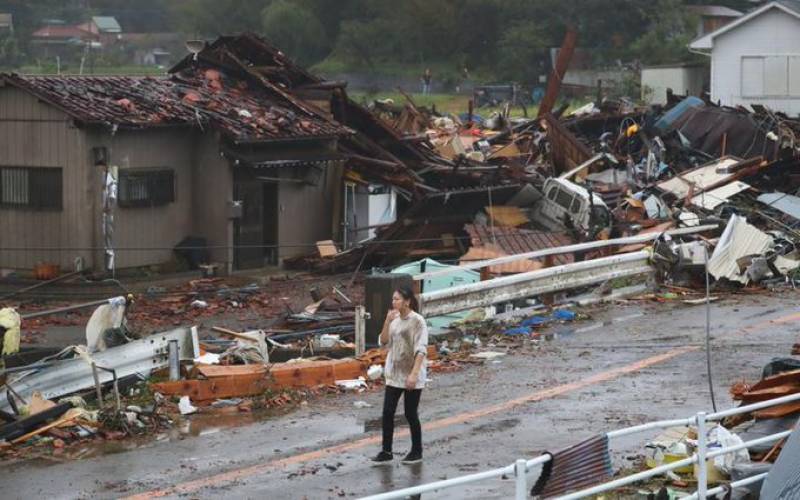 Tokyo (Web Desk): Tokyo and surrounding areas in Japan have been braced for a powerful typhoon as the worst in 60 years.

The typhoon has caused major disruptions to the power and transportation system in parts of Japan as Shinkansen bullet train services between Tokyo and Shin-Osaka have been suspended.

Rugby World Cup matches, concerts and other events have been cancelled whereas flights were grounded and train services halted.

The storm is already battering Chiba Prefecture where violent gusts have torn roofs of homes and left some residents with injuries.

Meanwhile, the authorities advised over a million people to evacuate as the typhoon is set to make landfall near Tokyo later today.

Japan Meteorological Agency has warned that winds reaching 180 kilometers per hour can cause floods and landslides. The country may face heaviest rain and winds in 60 years. Tens of thousands of homes are already without power.