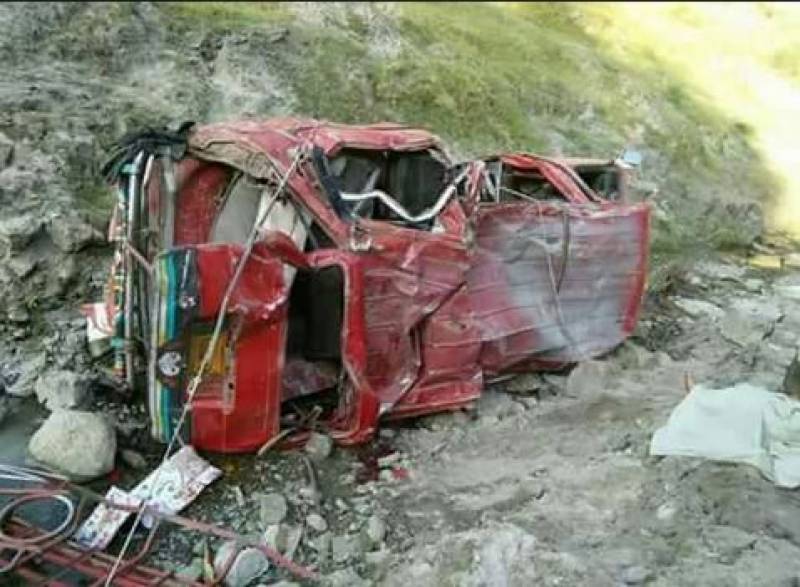 Muzaffarabad (Staff Report): At least six people including two children and woman lost their lives as a jeep fell into a ravine in Neelum Valley’s Kattan area on Wednesday.

As per detail, the ill-fated vehicle was moving from Jagran to Kundal Shahi skidded off and fell into a deep ravine. That resulted in the death of six persons of a same family.

According to the Disaster Management Authority, two injured have also been shifted to DHQ Hospital Jhambar, whose condition is said to be critical.

Police and rescue teams reached the area as soon as the accident was reported and started rescue activities.