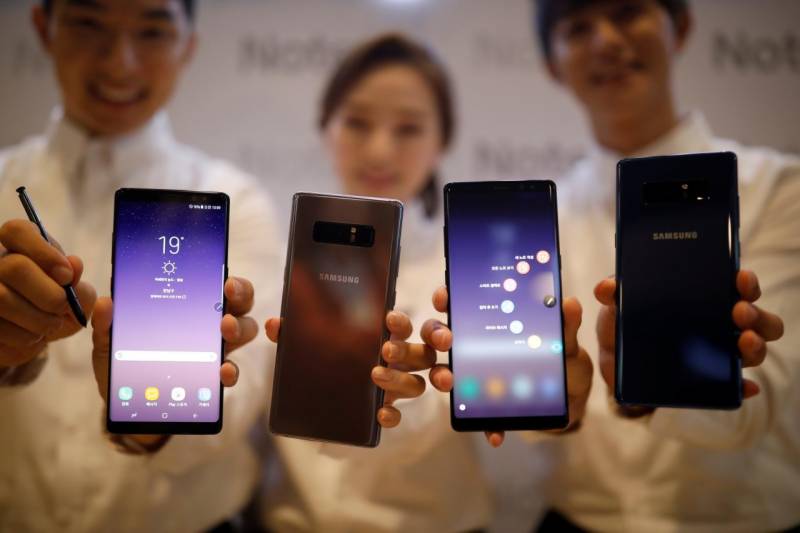 Seoul (Reuters): Samsung Electronics Co Ltd on Tuesday said pre-orders for its Galaxy Note 8 premium smartphone have hit the highest-ever for the Note series, beating its predecessor Note 7 over five days by about 2.5 times.

Samsung is banking on the device to protect its market dominance as it competes with Apple Inc’s latest iPhones due to be unveiled later on Tuesday. Note 8 sales begin in the United States, South Korea and elsewhere on Friday.

The device succeeds the short-lived Note 7, whose battery fires resulted in Samsung pulling the device from the market after just a couple of months at a cost of billions of dollars.

The Note 8’s US price of $930 to $960, including dialling and data plans, begins an era of premium-priced handsets which analysts expect to be joined by $1,000-plus iPhones.

Apple is widely expected to unveil a special edition iPhone commemorating 10 years of the handset, equipped with edge-to-edge screen and augmented reality, that will compete with the Note 8 for pre-holiday season sales in Western markets.