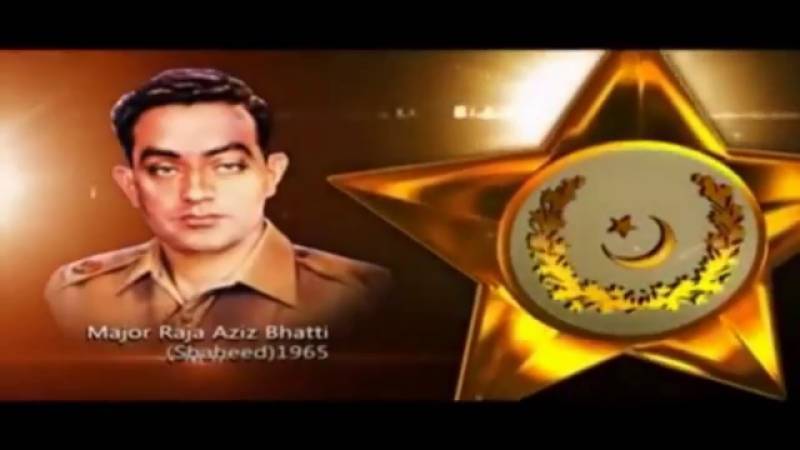 Major Raja Aziz Bhatti Shaheed was born in Hong Kong in 1928 and moved to Pakistan before independence in 1947, settling in Ladian village of district Gujrat.

In 1950, he joined newly formed Pakistan Army and was commissioned in Punjab Regiment.

During Indo-Pak War in September, 1965 as a company commander in Burki, Lahore, he decided to stay with his forward platoon and defended strategic BRB Canal bravely for five days.

Throughout, undaunted by constant fire from enemies' tanks and artillery, he organized the defense of the BRB canal along with his brave soldiers until he was hit by an enemy's shell and got martyred.

In a tweet, he said on the occasion of 55th Martyrdom Anniversary, Nishan-e-Haider, he said that the stellar leadership and courage of Major Aziz Bhatti Shaheed beckons us to defend Pakistan, come what may.

"Our martyrs are our heroes," the DG ISPR added.