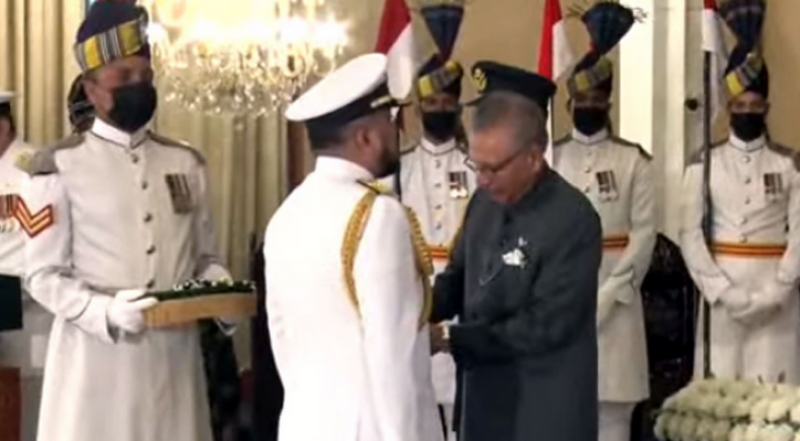 The president adorned the Malaysian Naval Chief with the prestigious award in recognition of his valuable contribution to strengthening the defence ties between the two countries.

The ceremony commenced with the national anthem and the recitation of verses from the Holy Quran, and was attended by senior officers of the Pakistan and Malaysian navies.

The Malaysian naval chief was also briefed about Pakistan Navy's responsibilities and capacity.

Earlier upon his arrival at Naval Headquarters, the visiting dignitary was presented guard of honour.