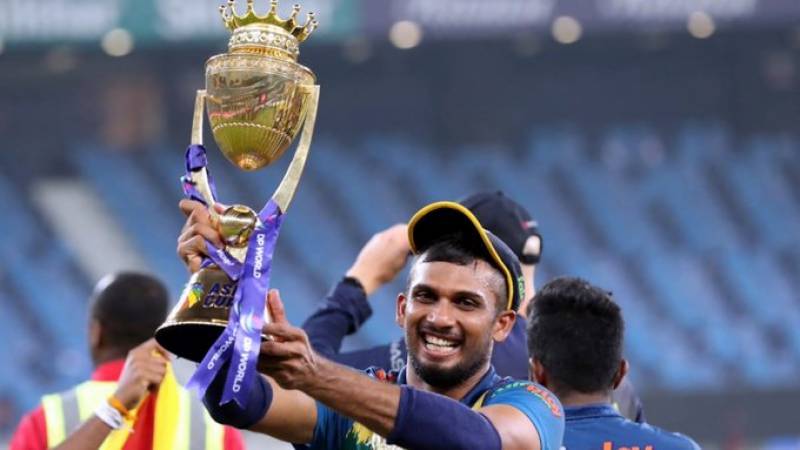 Dubai (Web Desk): Sri Lanka defeated Pakistan by 23 runs in the final match at the Dubai International Stadium on Sunday to clinch Asia Cup title for the sixth time.

In reply, Pakistan were all out on 147 runs in twenty overs.

Bhanuka Rajapaksa of Sri Lanka was declared player of the match, while Wanindu Hasaranga de Silva won Player of the Series Title.