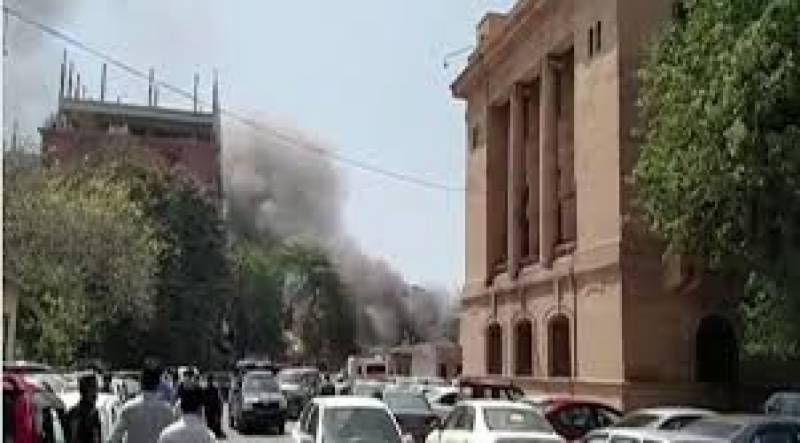 Karachi (Staff Report): Firefighters extinguished an immense blaze which broke out in a part of government barracks near Sindh Assembly in Karachi on Thursday.

According to details, three fire tenders were able to douse the fire.

The film and communication department's record room was affected. No casualties were reported in the incident.

Sindh Information Press Department Director Zeenat Jahan said there is no conspiracy behind the fire, as the affected areas of the building did not contain any sensitive documents. "The Fire Department will look into the cause of the fire," Jahan said.

Intelligence agencies arrived at the scene to investigate the incident.