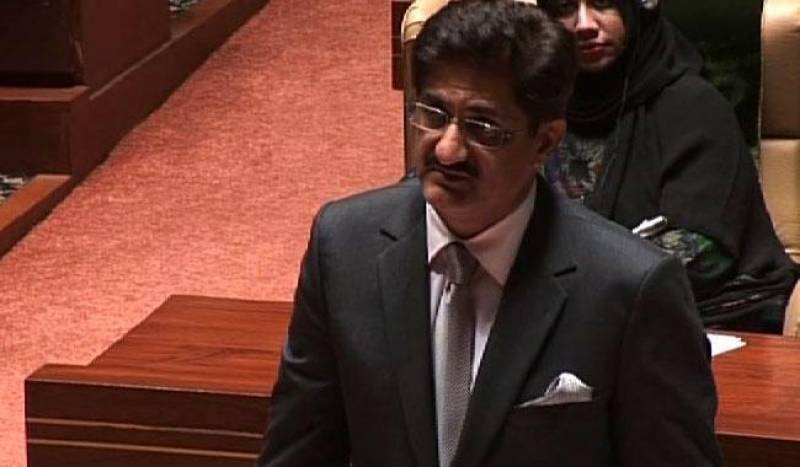 Karachi (Staff Report): Chief Minister Murad Ali Shah has warned the federal government and the Sui Southern Gas Company (SSGCL) today (Thursday) that if Sindh's concerns over gas distribution are not addressed else the provincial government will cut off gas supply from Sindh to the rest of the country.

CM Sindh threatened while speaking in Sindh Assembly on Thursday that in case the SSGCL does not take the province's concerns into consideration then the Sindh government would forcefully take over their offices.

"I am warning SSGCL. If they don’t sign their offices are situated in Karachi. We will storm their offices. We will not let them work here. We will take over their offices, and I will do it by force. "

The chief minister's warning comes weeks after he wrote a letter to Prime Minister Nawaz Sharif alleging that Punjab was usurping the share of gas allocated to Sindh.

The CM Murad also said, "I spoke with the Chairman SSGCL yesterday; I said to him that please take our consideration into the gas distribution agreement otherwise I have to take drastic action. I said that I will wait till 11 in the morning," further adding," At 11' o clock today he sent the agreement, I checked it before coming here and even now they have taken the same clauses which are not acceptable to us."

The chief minister said that he has told the energy department that if the federal government and SSGCL doesn't accept the demands of Sindh on the issue then he will take an action after seeking support from the treasury and opposition benches.

"Sindh produces 70% gas of the total production and ironically the province is not getting it. We are not able to test-run a 100mg powerhouse at Nooriabad because SSGCL is not providing us enough gas."

He also informed that the federal government has not yet provident 100 megawatts to the K-Electric. He further added that KE had to put the 100mg online by April.

The leading opposition party in the assembly, Muttahida Qaumi Movement-Pakistan, has given its support to the Cheif Minister on the issue.

Chairman SSGC, Miftah Ismail said that he is ready to address all concerns of CM Sindh, however, any such unilateral action will be a violation of the constitution.

Earlier, the Sindh chief minister wrote a letter to the prime minister asking him to implement Article-158 of the Constitution in letter and spirit by preventing the diversion of natural gas from Sindh to “politically-selected areas”.