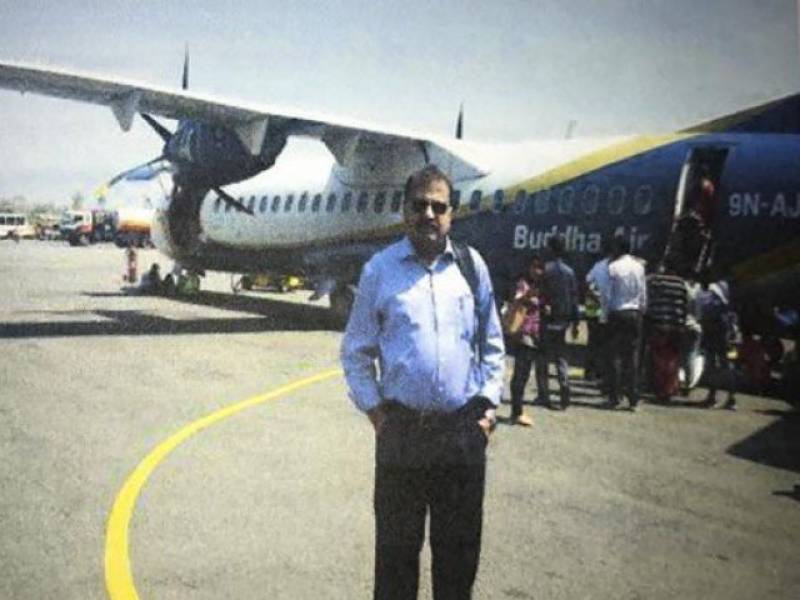 Kathmandu (Web Desk): Nepalese authorities have revealed that they have not been able to make any headway in the case of Colonel Habib Zahir.

Colonel Habib Zahir was a former officer of the Pakistan Army who had gone missing in Nepal last week.

According to BBC Urdu, SSP Tipak Thapa of the Nepalese police who said the CCTV footage available with the authorities showed an unknown person receiving Col Zahir at Bhairahawa Airport near Lumbini.

SSP Tipak Thapa confirmed that Zahir flew to Bhairahawa from Kathmandu. He said, “The police are trying to ascertain the identity of the person who received him.”

The officer informed that Habib came down from the aircraft with his hand baggage and backpack.

The footage showed that he spoke to an unknown man at the exit gate and then they both left for some unknown place.

According to police, the photograph of Col Zahir and the video footage were shown to the taxi drivers and other transport operators at the airport.

Nepal foreign office spokesperson Bharat Raj on Sunday said Pakistan had formally informed his country about the disappearance of the former officer of the Pakistan Army on Sunday after which their interior ministry and police were issued orders to investigate.

Nepal’s interior ministry spokesperson Krishna Panthi said the special bureau of Nepalese police could not find any clue so far.

He said, “We are not aware as to why Col Zahir went to Lumbini and what his purpose of visit to Nepal was. There was no room booked in his name in any hotel there”.

Nepalese police say they were collecting information regarding his phone calls and communication.

According to initial investigations Col Habib had been working in Faisalabad since after his retirement from the army in 2014. A few months earlier he had uploaded his CV on LinkedIn and UN websites.

The emails’ investigations shows, in March a recruiter Mark Thompson from ‘Start Solutions’ website had contacted him through email and had offered him positions of vice-president and zonal director (security) with salary ranging from 3,500 to 8,000 US dollars.