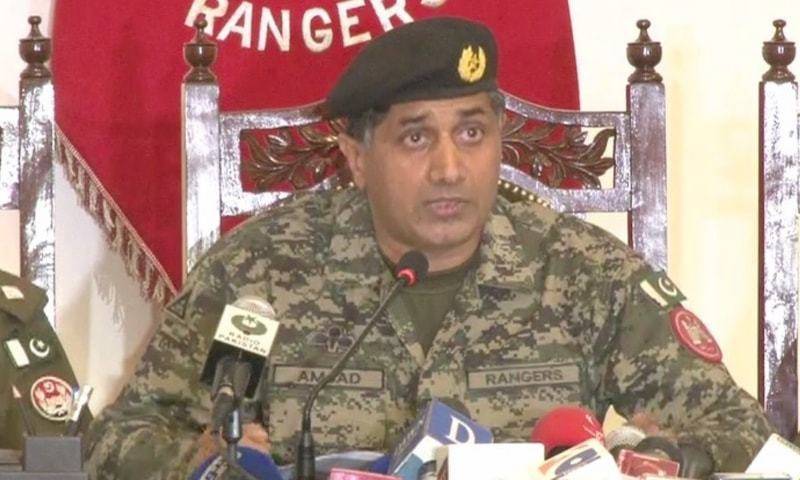 Lahore: The Punjab Rangers has warned that the display of weapons and the employment of security guards for personal safety are illegal.

While addressing press conference, Punjab Rangers Col Amjad Iqbal said use of private guards for personal safety is illegal, adding that only the security personnel of registered government institutions will be deployed. He said Punjab Rangers will work with the police to conduct operations and take strict action against those who violate the law in this manner.

He said strict action will be taken against private security personnel found to be in illegal possession of or using uniforms designated for the army, civil or military institutions.

Col Amjad told the media that five absconders were killed in DG Khan, who belonged to Baloch Liberation. He further said that the killed absconders were facilitators of Tehreek-e-Taliban Pakistan.

In Taunsa, three TTP terrorists were gunned down and suicide vests, rocket launchers, and weapons were recovered from their possession, he added.