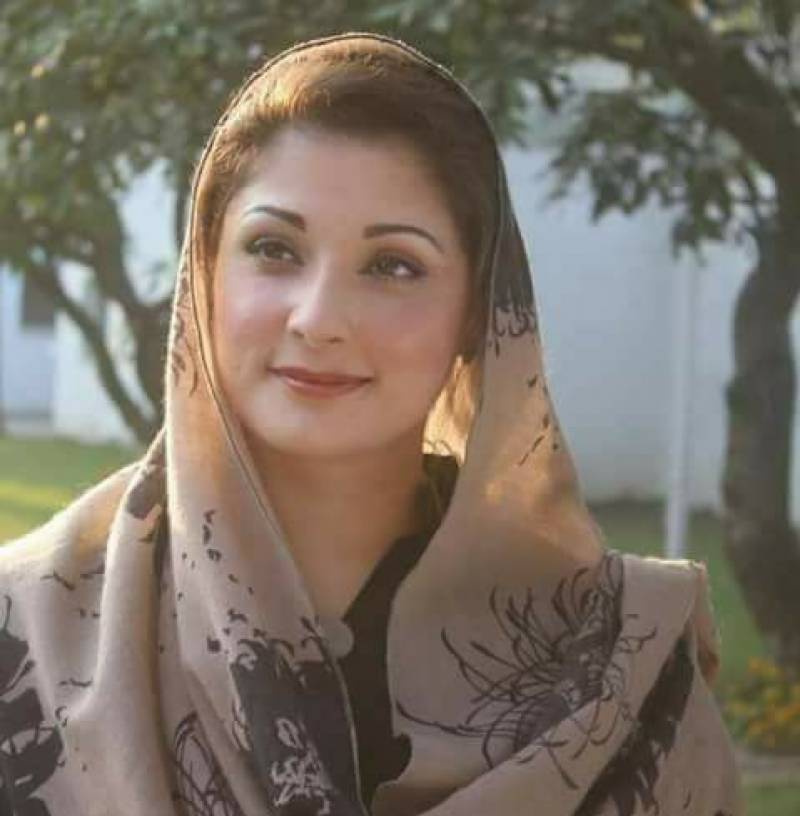 Addressing a convention of her party's social media workers, Maryam said that she got to know about the Supreme Court's verdict while she was heading to today's gathering.

While referring to Supreme Court's verdict on disqualification under Article 62, has said that this was not the first time that Nawaz Sharif had been disqualified.

She said that this was not the first time that Nawaz Sharif had been disqualified or punished, adding that whenever efforts were made to weaken Nawaz, the former PM was strengthened more than ever.

“Nawaz was disqualified for life; he was barred from heading his party," the former first daughter said. "But he resides in the hearts of the people,” she said.

Earlier the day, SC ruled that lawmakers disqualified under Article 62(1)(f) of the Constitution will be unable to contest elections for the rest of their life.

The apex court announced the verdict in the case determining whether disqualification under Article 62(1)(f) of the Constitution is for life or time-specific.

The verdict which was was issued unanimously by all five judges of the bench was read out by Justice Umar Ata Bandiyal.

Article 62(1)(f), which sets the precondition for a member of parliament to be "sadiq and ameen" (honest and righteous), is the same provision under which Nawaz Sharif was disqualified by a five-judge SC bench headed by Justice Asif Saeed Khosa on July 28, 2017 in the Panama Papers case. Likewise, Pakistan Tehreek-i-Insaf (PTI) leader Jahangir Tareen was disqualified on Dec 15 last year by a separate bench of the apex court under the same provision.

In February, the five-judge bench, headed by Chief Justice of Pakistan Mian Saqib Nisar reserved judgment on the case related to determination of time duration of disqualification under Article 62(1)(f) of the Constitution.

The apex court disqualified Nawaz as the premier in the landmark judgement in Panama Papers case on July 28, 2017. The top court also disqualified the PML-N’s supremo to hold the party’s top slot on February 21 this year.

Similarly, on December 15, 2017, while the SC found party chief Imran Khan to be honest, it disqualified general secretary Jahangir Tareen. Neither the PTI nor PML-N had welcomed the top court’s judgment.