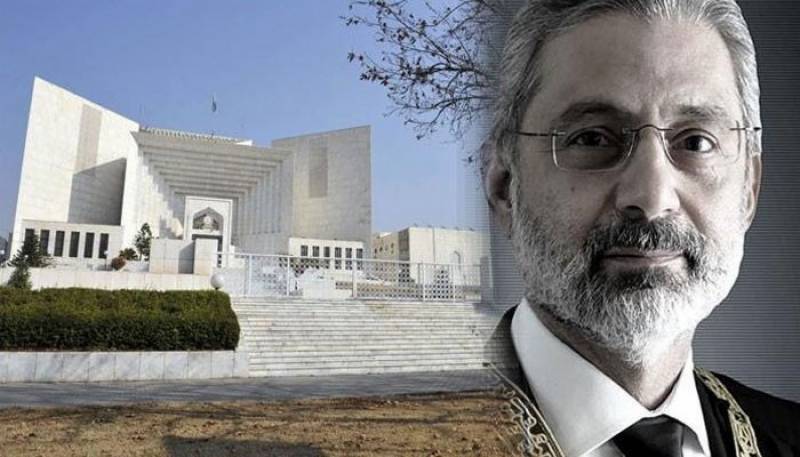 The 10-member bench headed by Justice Umar Atta Bandial was hearing the petition.

Six judges of the top court rejected the request of Justice Isa to broadcast the hearing of the case, while four judges supported broadcasting the hearing live.

Justice Bandial read out the short order stating that the appeal had been rejected according to the majority decision.

While rejecting the petition, Justice Bandial remarked that access to the information is the right of the masses, but this is an administrative matter.

After the issuance of verdict, Justice Isa said that he wanted to know the names of the judges who wrote the verdict and disagreed, to which Justice Bandial said that if you read the verdict you will know their names.

On March 18, the apex court had reserved its ruling on the application seeking permission for live streaming of the hearing of review petitions in Justice Isa's case against the SC's short order of June 19, 2020, and the detailed judgement on the filing of presidential reference against him.

Justice Issa had pleaded that the court should order the Pakistan Electronic Media Regulatory Authority (PEMRA) to issue written instructions to all private channels that they could not be restrained from broadcasting the court proceedings or live streaming of the proceedings.