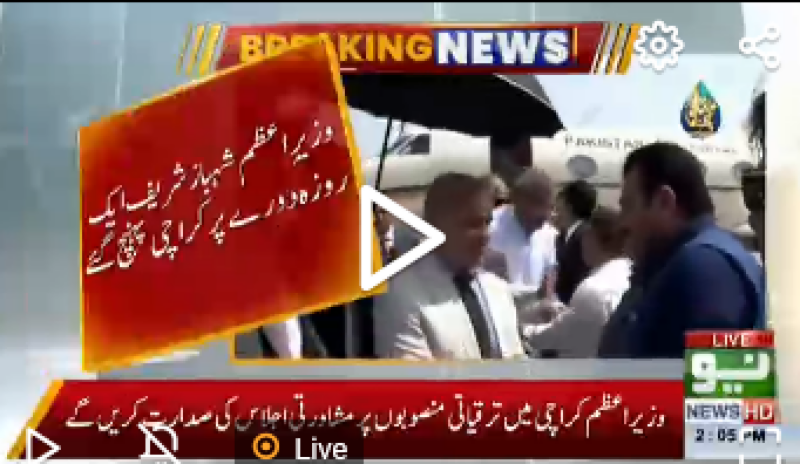 The prime minister was received on arrival by Sindh Chief Minister Syed Murad Ali Shah and his cabinet.

Soon after his arrival, the prime minister along with the leaders of allied parties paid his respects at the mausoleum of Quaid-e-Azam. He also laid floral wreath at the mausoleum and offered Fateha, the Radio Pakistan reported.

During the meeting, the two leaders discussed political, economic and several other issues in the country.

PM Shehbaz was also presented with ajrak by the Sindh CM.

The prime minister will preside over a consultative meeting at the CM House to discuss the developmental projects in Karachi.

PM Shehbaz will also hold discussions regarding the law and order situation in Sindh.

He will also visit Bahadurabad to meet the leadership of Muttahida Qaumi Movement-Pakistan (MQM-P).