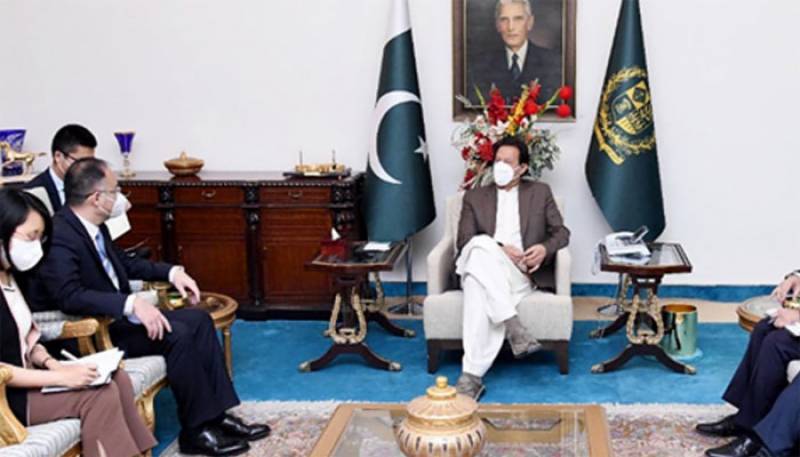 Islamabad (Web Desk): Prime Minister Imran Khan on Friday said that Pakistan and China are "iron brothers" “no hostile forces will be allowed to undermine the ‘iron-clad friendship’ between the two countries”.

According to details, the premier said this during a meeting with Chinese Ambassador Mr. Nong Rong called on him in Islamabad.

Expressing the government’s resolve to timely complete the projects under China Pakistan Economic Corridor (CPEC), PM Imran termed it a transformational project, for which he stressed that both sides needed close collaboration to make it a high-quality demonstration project of Belt and Road Initiative (BRI).

PM Imran warmly reciprocated the greetings of the Chinese leadership and also appreciated China’s consistent support to Pakistan in its fight against COVID-19 besides provision of vaccines, including under the COVAX facility.

In the context of the regional situation, the prime minister reiterated that there was no military solution to the conflict in Afghanistan.

He expressed Pakistan’s resolve to steadfastly support efforts for a negotiated political settlement.